Just one pregnancy loss may increase risk of future complications

Women who suffer one miscarriage or have one abortion are 30 per cent more likely to have problematic pregnancies in the future, according to an unnerving new study.

Researchers at Tel Aviv University studied 15,000 deliveries over five years, comparing data from women who had a single previous first trimester interruption and those who had no history of abortion or miscarriage.

The study revealed that women who had lost a pregnancy previously were more likely to experience complications such as bleeding, low birth rate and pre-term birth in subsequent pregnancies.

Women who were not able to access prenatal care, had undergone multiple miscarriages or abortions or whose pregnancies were complicated by stillbirth or fetal abnormalities were excluded from the study.

I'm pregnant, should I be worried?

In short, no. More than 50,000 Irish women give birth every year, and, sadly, it is estimated that a further 14,000 women miscarry spontaneously. It's important to remember that miscarriage is usually a one-time occurrence. Most women who experience miscarriage go on to have a healthy subsequent pregnancy.

While the study is likely to leave many women feeling apprehensive, Dr Liran Hiersch, who led the research, assures us that while the findings were significant, the loss of a pregnancy was a 'very common event' and, in most cases, 'has no effect on future fertility or pregnancy outcome,'

'Our findings should be taken into account together with other parameters when assessing the risk for adverse outcome.

'We hope this study will be incorporated in the usual risk assessments.

'Doctors should know there is another element to factor in when assisting a woman before labour.' 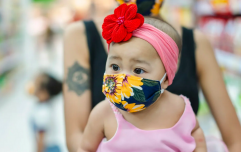 END_OF_DOCUMENT_TOKEN_TO_BE_REPLACED

Hopefully the findings of the study, published in the Journal of Maternal Fetal and Neonatal Medicine, will help doctors to prepare for complications before they arise, leading to better outcomes and safer deliveries all 'round.

The Miscarriage Association of Ireland is a voluntary body set up with the support of women and men who themselves have been through miscarriages. If you would like to access support, see their website.


popular
Expert says Cocomelon acts "as a drug" to kids' brains
I rushed into naming my baby boy and now I seriously regret it
Ben Foden's wife Jackie slams Dancing On Ice after he's booted off
Do children belong at weddings? Mum starts heated debate
Whether you’ve got a baby on the way or have an army of your own, the Lidl Big Baby Event is here to help
Britain’s biggest family ready to break new record as another baby is on the way
Star Hobson's killer trying to appeal her sentence
You may also like
1 week ago
Playing with mud and soil in creche changed children's immune systems
2 weeks ago
Research shows children who eat more vegetables have better mental health
4 weeks ago
Period irregularities 'most likely' caused by Covid vaccine, new study finds
1 month ago
How much sleep do you actually lose during your first year of being a mum?
1 month ago
Short women and tall men make the happiest couples, study claims
1 month ago
Children with Covid-19 typically recover within a week, study confirms
Next Page