The plan will be introduced to Cabinet today.

Outdoor drinkers in groups are set to face fines of €80 under a new proposal introduced to tackle large gatherings.

Groups of more than two people drinking takeaway alcohol will face fines as a proposed ban on such outdoor drinking is due to be introduced by Minister for Health Stephen Donnelly.

According to The Irish Times, the measures will be discussed in Cabinet today in a bid to control on-street drinking, which has understandably risen amidst the closure of pubs and restaurants.

It is believed that the plan will not stop pubs from selling takeaway drinks, but will discourage people from consuming them in the groups on the street.

It is also understood that the regulations will permit Gardaí to issue an €80 fine to anyone who refuses to comply.

Many pubs and bars across the country forced to close due to Covid-19 restrictions have been selling takeaway drinks to customers since the beginning of the pandemic.

It is likely that the introduction of fines for outdoor drinking will reduce the sale of these takeaway drinks, which will only be permitted for consumption at home. 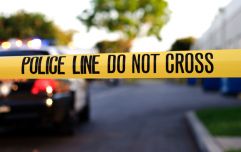 END_OF_DOCUMENT_TOKEN_TO_BE_REPLACED

"We are seeing a number of things which concern us," he said. "There are examples of small numbers of people congregating for social purposes and simply ignoring the important public health messages. They are putting our collective progress at risk.

"We are also seeing number of outbreaks across the country. These include outbreaks in association with funerals. We understand that this is a difficult time for families but it is really important that we do everything we cannot avoid the circumstances which promote transmission of the virus."

Holohan added that there have also been more outbreaks associated with workplace settings. He appealed to those who can work from home to do so.


popular
4-month-old baby killed during police shoot out
Here is how you can 'shop by appointment' at Penneys next week
This plant-based cleaning range will make a huge difference to your home hygiene
16 nostalgic baby names which are inspired by your favourite classic cartoon characters
CUMH allow partners to attend 20 week scan and post-delivery
This Jersey Shore star wants to find her biological family after recently opening up about her adoption
Top Tips On How To Recover And Refuel Your Body After Miscarriage
You may also like
2 days ago
Woman unexpectantly gives birth to nine babies after doctors miss them on scan
2 days ago
15-year-old boy charged with murder of woman in Dublin
3 days ago
Hunt underway for man who attacked pregnant woman in Dublin city centre
3 days ago
Pregnant teachers and SNAs will continue to work from home for rest of school term
4 days ago
Fáilte, Peppa! In her latest adventure, Peppa Pig is off to Ireland
5 days ago
6 today! Kate and William share brand new picture of Princess Charlotte for her birthday
Next Page