The two Munster counties have the longest waiting time, followed by north Dublin.

In recent years, mental health has become one of the most pressing issues for Ireland’s youth. Last April, RTÉ released a harrowing documentary which highlighted the strain on resources available to children and adolescents experiencing mental illness. Young and Troubled emphasised the tragic consequences a lack of funding in this area can have. In particular, it highlighted the fatal repercussions of long waiting lists to access professional services, as evidenced by the harrowing story of eleven-year-old, Milly Tuomey's heartbreaking suicide.

More recently, My Other Life: Ireland’s Youth and Their Mental Health focused on mental illness among young Irish people.

The Irish Times has now reported that 6,340 children were on a list for a primary care psychology appointment since the end of August, with a quarter of these waiting more than a year to access professional help.

The publication said that 527 children across Cork and Kerry, 297 children in north Dublin and significant numbers elsewhere in the country have been waiting longer than 12 months to see a psychologist.

James Browne, Fianna Fail mental health spokesman, obtained the figures from the HSE and said that:

"These lengthy waits are not only completely unacceptable from a medical point of view; they are causing immense stress and anxiety to the children and families trapped on the list." 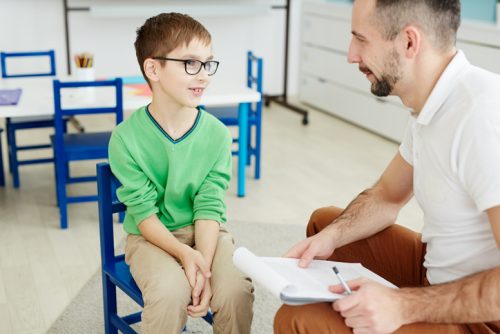 END_OF_DOCUMENT_TOKEN_TO_BE_REPLACED

Perhaps in light of increased expenditure on mental health services, as announced in the recent budget, these numbers might hopefully dwindle. Minister for Mental Health, Jim Daly, after the budget said that a number of different strategies to provide support to an increasing number of people experiencing mental illness had been identified:

“While the bulk of this €55m new development funding is aimed at further enhancing community mental health teams for adults and children, I am pleased to have secured funding that will enhance the spectrum of services, ranging from prevention and early intervention to promoting recovery in the most complex cases.

With these unacceptable figures emerging, hopefully the additional €55 million will help tackle this crisis and alleviate children and their families suffering.


popular
Have kids, they said... 11 photos that'll make you feel better about your day
The most popular baby names in Ireland have been released in Statistical Yearbook 2021
Being pregnant requires as much energy as being an endurance athlete (yes, really)
Forensic officers search home of missing Cleo Smith for a third time
12 Refreshing Baby Names Inspired By Your Favourite Alcoholic Beverages
20 Unisex Irish Baby Names That Are Absolutely Magical
This 23-year-old is mother to 21 kids... and she wants MORE
You may also like
2 days ago
Court shown CCTV footage of UK woman lunging at partner's murdered toddler
4 days ago
Gardaí renew appeal for information on 35th anniversary of Philip Cairns disappearance
1 week ago
11-year-old girl dies after suddenly collapsing at school
1 week ago
Investigation launched after 4-year-old girl goes missing in Australian outback
1 week ago
Newborn survives night of being packed in a suitcase and buried alive
2 weeks ago
Man charged over death of woman shot by toddler during work Zoom call
Next Page