Lawyers representing Paddy Jackson have indicated that libel action against a Labour Party senator will be taken.

Aodhán Ó Ríordáin tweeted his support for the woman at the centre of the recent rape trial, which was held at Belfast Crown Court.

Paddy Jackson was found not guilty of all charges against him.

Mr Ó Ríordáin's tweet garnered significant traction on Wednesday. In it he praised the courage of the woman in question and also made a reference to "smug well-connected middle-class boys". 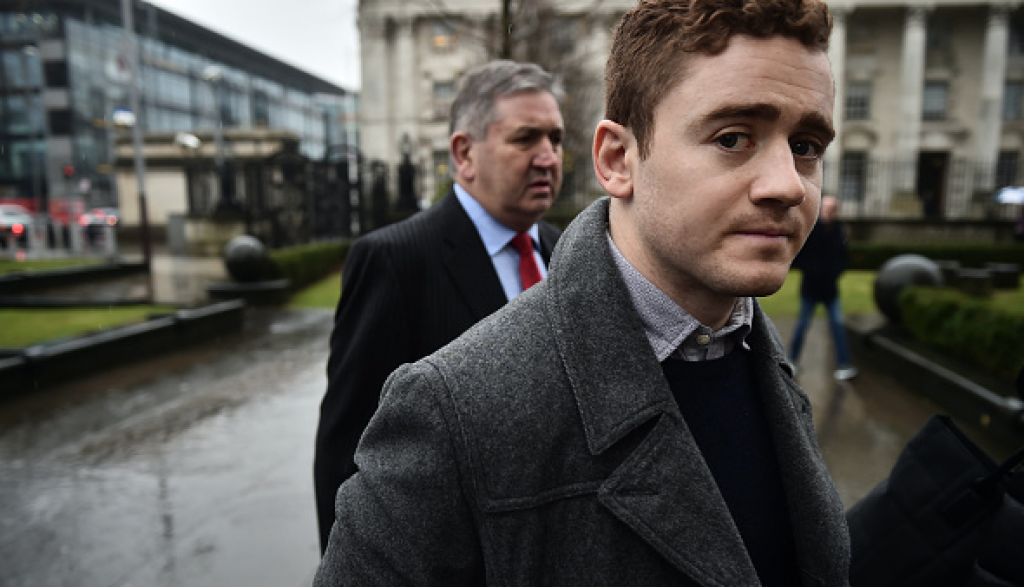 In a statement this afternoon, Paddy Jackson's lawyers said they had no option but to issue a Notice of Intention to sue Mr Ó Ríordáin "for defamatory comments".

RTÉ News quotes Senior Associate Marie Hans of KRW LAW solicitors as saying: "I can confirm we have issued pre-action libel correspondence against a named Senator in the Republic of Ireland.

"The legal action relates to a tweet sent to a number of other persons before it was eventually taken down."

She added: "We will not hesitate to repeat similar legal action against anyone, who deliberately or otherwise, sees fit to attack our client.

"We are examining carefully every item of social media commentary which seeks to challenge the integrity of the jury’s full endorsement of our client’s innocence. High court proceedings will issue shortly in both Belfast and Dublin."

Mr Ó Riordáin told RTÉ News that he has no comment to make on the matter.

After some 3 hours and 40 minutes of deliberation, on Wednesday the jury of eight men and three women delivered their unanimous verdicts.

At the time, Paddy Jackson's lawyer said at the courthouse that they were "grateful to the jury for reaching a common sense verdict".