The Principal of the school was forced to send a letter home apologising to parents.

Christmas is particularly special when children are in a household and eagerly awaiting Santa's visit. The childhood innocence is something a lot of parents want to keep alive for as long as possible and when they choose to break the Santa news, most want to do it themselves and in a sensitive manner.

Unfortunately, parents of first graders in a New Jersey school had this opportunity taken away from them as a substitute teacher told the class that Santa isn't real. 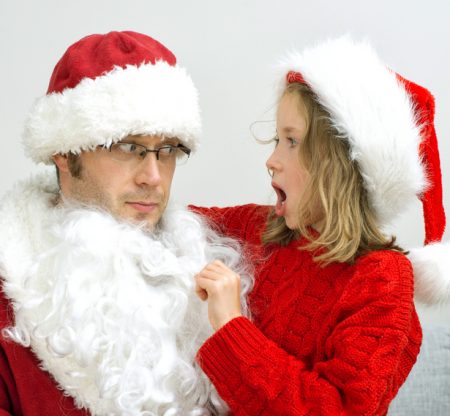 According to WRKG, Cedar Hill School Principal Michael Raj, in Montville, said once he became aware of the situation, he "immediately" spoke to the substitute teacher about "her poor judgment."

He also sent a letter home to parents which read:

"I am sending this letter so that you are aware of the situation and if the conversation comes up at home over the next few days you can take appropriate steps to maintain the childhood innocence of the holiday season,

As a parent himself, Principal Raj said that he is "truly aware of the sensitive nature" of the topic and offered his deepest apologies for what happened. 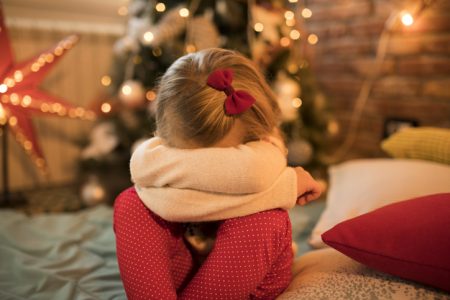 A mother of one of the children in the class took to Facebook to vent her frustrations about the appalling situation. In a heartbreaking message, Lisa Simek revealed what happened:

"She told them Santa isn’t real and parents just buy presents and put them under their tree. She told them reindeer can’t fly and elves are not real- elf on the shelf is just a pretend doll that your parents move around.

She did not even stop there: the tooth fairy is not real because mom or dad just sneak into your room in the middle of the night and put money under your pillow, same goes for the Easter bunny. She told them magic does not exist. There is no such thing as magic anything."

She added that parents are trying to do "damage control" following the event. While it has not yet been revealed if the teacher in question will remain in the school, Lisa asked for no negativity towards her saying:

"We don’t know her situation and perspective, and no matter how unfortunate a situation, we must all learn from this that Christmas magic is real and shown through acts of kindness."


popular
"The worst thing was finding her": Family of Santina Cawley pay tribute to toddler
Warning to parents about unknown hepatitis strain as death toll rises
We named our daughter after her grandmother but fear she will be bullied over unique name
Downton Abbey's Allen Leech reveals second child's gender in the cutest way
Karen Harrington found guilty of murdering toddler Santina Cawley
Saoirse Ruane's mum says her daughter has a tumour in her lung
Netflix announces the storyline for season 3 of Bridgerton
You may also like
4 months ago
The Santa Clause trilogy are actually the best Christmas films ever
4 months ago
This Christmas Eve, show non-believers these plausible reasons why Santa is real
4 months ago
Stacey Solomon & Joe Swash surprise Rex with Santa at their very own DIY grotto
4 months ago
These 100-year-old Santa letters are both hilarious and heartwarming
4 months ago
Parenting expert claims making kids sit on Santa's lap is "bullying"
4 months ago
Warning: 4 Christmas movies that could get kids suspicious about Santa
Next Page