People are leaving flowers, tributes and messages at the mural of Savita in Dublin

"Sorry we were too late, but we're here now."

Heartbreaking tributes and messages of support have been left at a mural for Savita Halappanavar as it was announced Ireland has repealed the Eighth Amendment.

Savita, from India but living in Ireland with her husband Praveen, died at University Hospital Galway in 2012 after a septic miscarriage at 17 weeks. 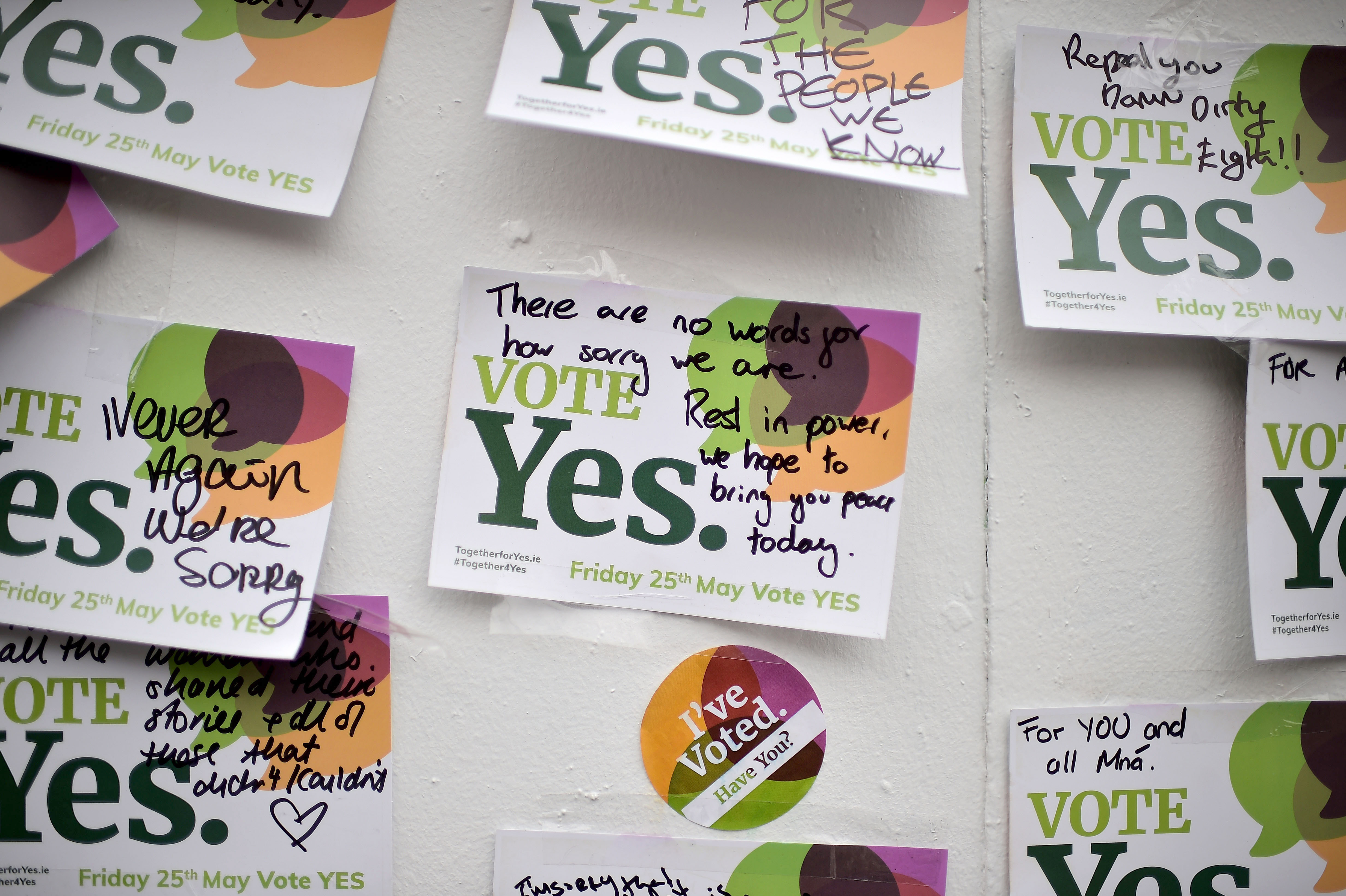 The mural, showing her face and the word 'Yes', was put up on a white wall on Richmond Street South on the eve of the referendum.

As people began to cast their votes on Friday - and following the results of the exit polls that night - people began to leave flowers and messages at the base of the mural.

One says: "Sorry we were too late but we are here now. We didn't forget you."

Another said: "I'm so deeply sorry that you had to suffer. You have changed our history and our destiny."

One more wrote: "I wish you never had to give your life to this."

Earlier, Savita's parents told The Guardian of their joy at the then-expected result.

"We’ve got justice for Savita. What happened to her will not happen to any other family. 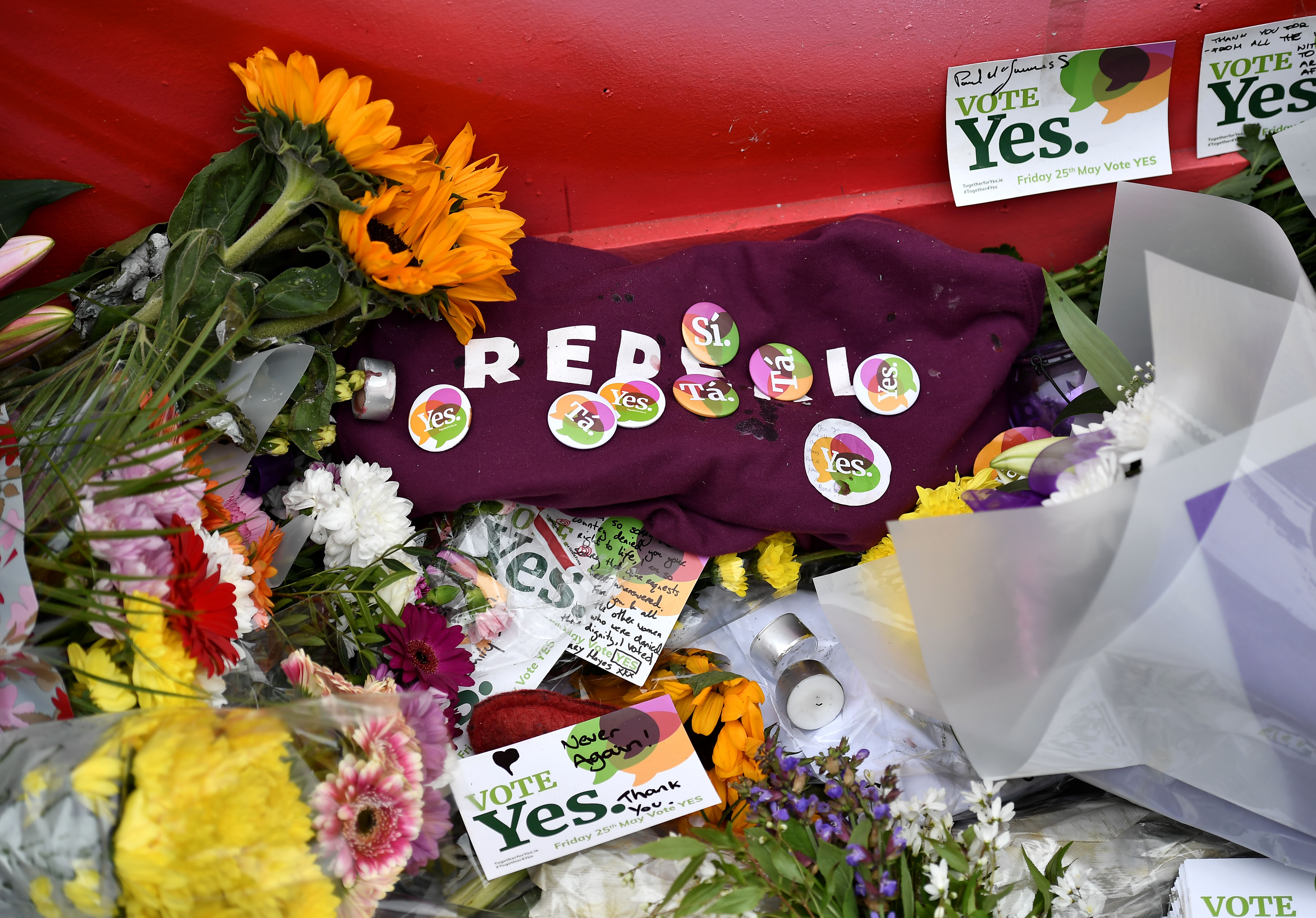 It comes as the official results of the referendum were announced on Saturday evening.

66.4 percent of people voted 'Yes' to repeal the eighth amendment in yesterday's referendum, with 33.6 percent voting 'No' to retain the amendment. 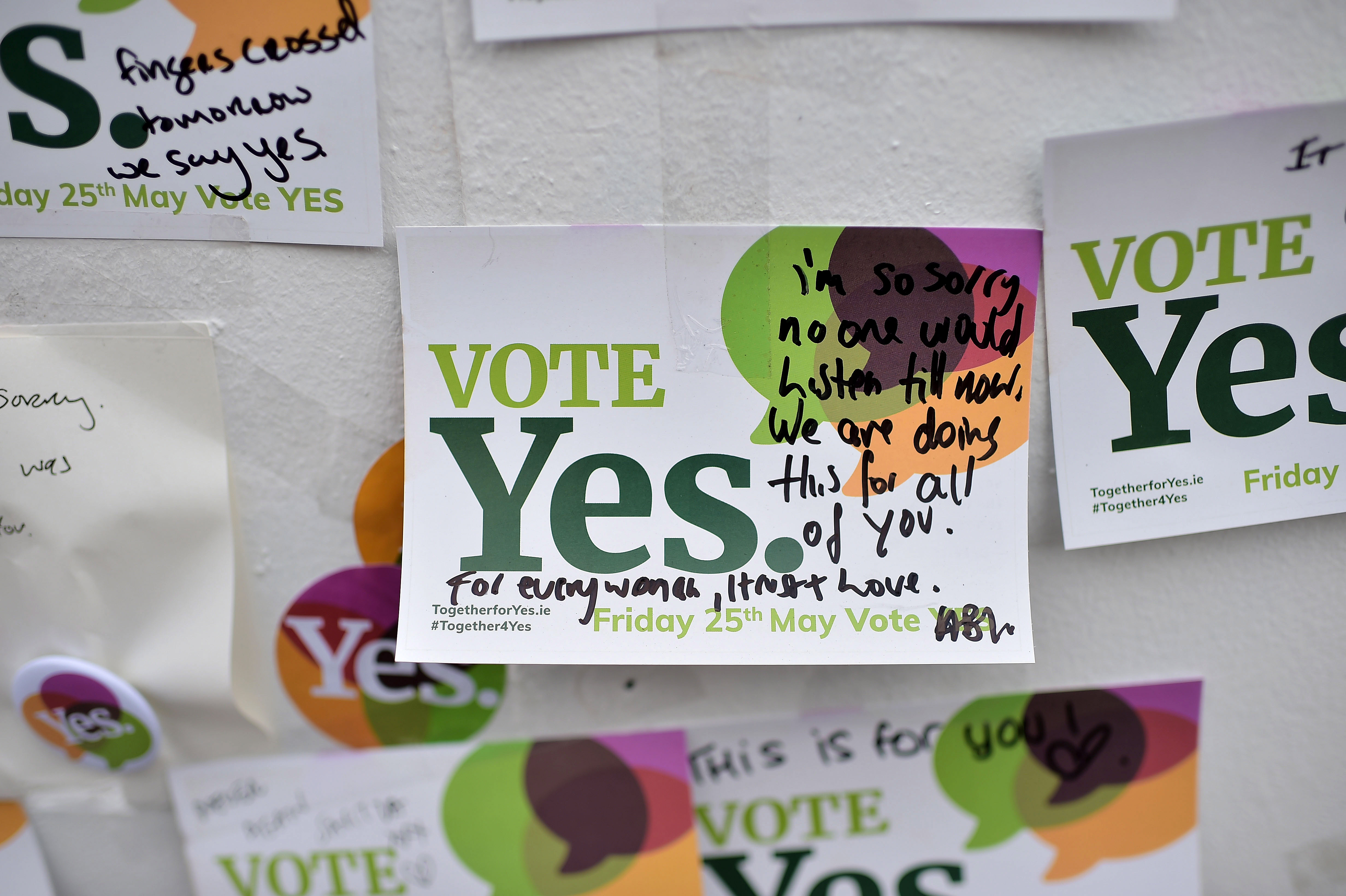 The official result was announced on Saturday at Dublin castle as a crowd of hundreds waited outside in the castle's courtyard.