A new study has shown that people who live closer to the sea have better mental health.

Research has concluded that those who live by the sea have happier lives and better mental health. The study was conducted at the University of Exeter and the survey data from 25,963 participants showed that people who live by the coast reap in the benefits.

People who have homes less than a kilometre away from the coast are 22 percent less likely to suffer from a mental health disorder.

It also explained that this is regardless of household income. Those on low incomes but who still live less than 1km away from the sea are 40 percent less likely to have symptoms, compared to those earning the same amount living more than 50km away.

Dr Jo Garrett, who led the study, said: "Our research suggests, for the first time, that people in poorer households living close to the coast experience fewer symptoms of mental health disorders.

"When it comes to mental health, this ‘protective’ zone could play a useful role in helping to level the playing field between those on high and low income." 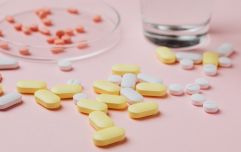 END_OF_DOCUMENT_TOKEN_TO_BE_REPLACED

Of course, mental health issues are extremely complex and while this study may favour living by the sea, you need to seek professional guidance before making any big life decisions.

If you or anyone you know is suffering from mental health issue, you can contact Samaritans on 116 123 or email jo@samaritans.ie.

popular
"My heart sank": Tubridy hit with backlash over Toy Show remark
Woman gives birth to baby boy and girl less than 12 months apart
Parents told to stop buying selection boxes for kids- here's why
"Losing a baby is the ultimate loss, but to watch on over a video call is soul destroying"
Third child dies from scarlet fever in UK- here are the symptoms to look out for
Conjoined twins return to Ireland after successful surgery
Having an Elf on the Shelf can actually be bad for your kids
You may also like
1 month ago
5 things all women should know about Polycystic Ovary Syndrome (PCOS)
1 month ago
Expert reveals how often you should clean your child's bath toys
3 months ago
This simple idea will help cultivate an attitude of gratitude in your children
4 months ago
I tried a viral 5-second trick that promised to make me a happier, calmer parent
5 months ago
We are more likely to get sunburnt in Ireland than on holidays abroad – this is why
5 months ago
International Yoga Day: 7 incredible benefits kids can get from doing yoga
Next Page