We have a long way to go, folks…

Much praise has been heaped on Disney Pixar for the period-positive messaging in the latest hit animation, Turning Red.

The movie was released on Disney+ this week to critical acclaim, and parents too were impressed with the placement of period pads and tampons.

A clever portrayal of the body changes our teenage years bring, the film's main character Mei turns into a red panda every time she feels emotional.  The plot sets up many great conversation opportunities for parents and their kids, about puberty and coming of age.

Great, right? Well, we certainly think so but it ruffled a few feathers in parent-land. 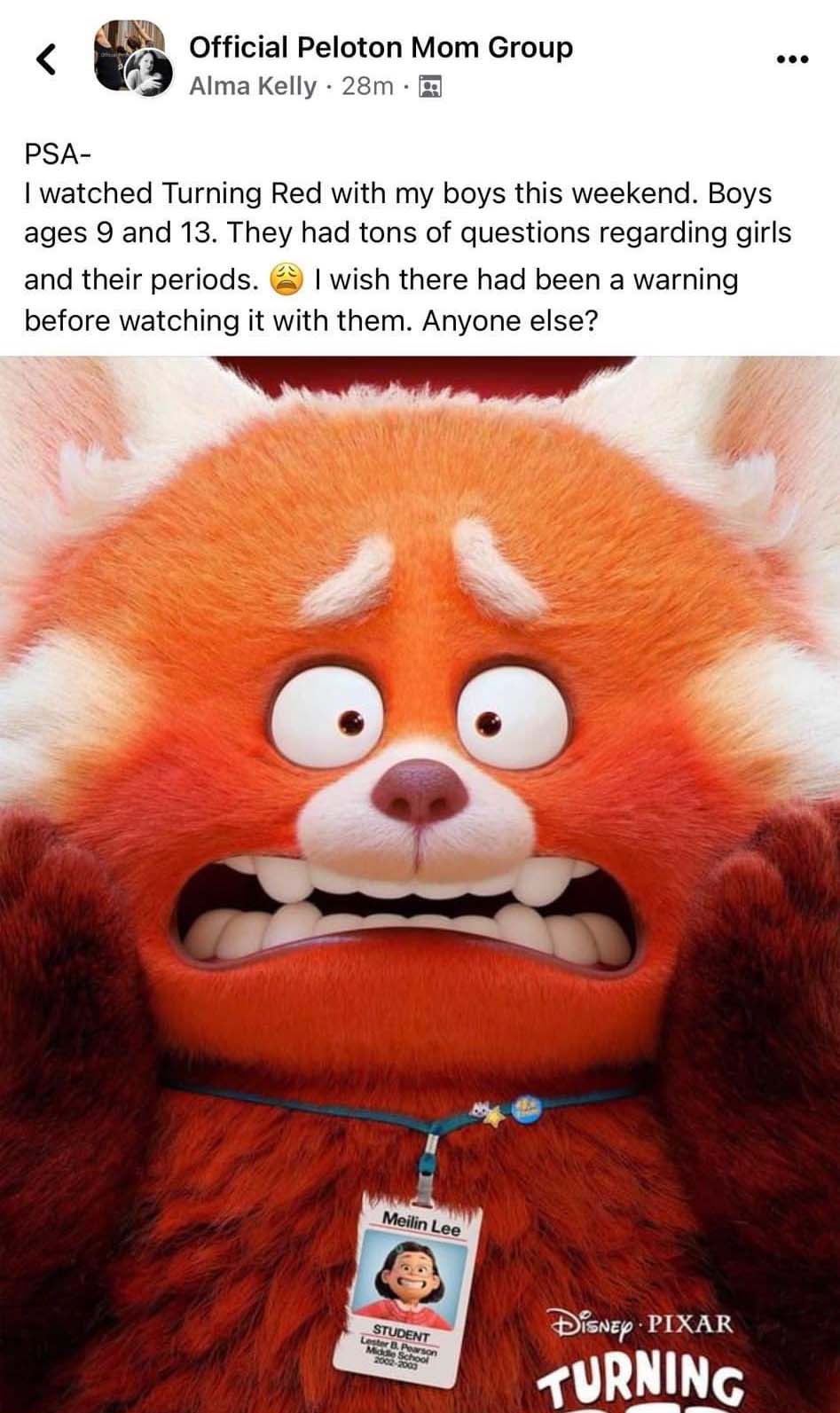 Some, it seems, felt the content should have come with a warning.

it’s about getting your period. not so appropriate.

#TurningRed was awful and not appropriate for little kids 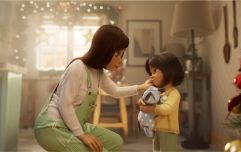 END_OF_DOCUMENT_TOKEN_TO_BE_REPLACED

Reviewers too had some negative takes, with one saying the topics were "inappropriate and sensitive for many of its very young audience" and asking that we "leave sexuality out of [children's] entertainment." They finished it with that old dinger of a line, "Let kids be kids", insisting we "let parents handle the coming of an age stuff."

In typical social media style, the backlash itself has had a backlash with many questioning why periods are still taboo in 2022.

Parents who are complaining that they were forced to explain to their sons what periods were after watching #TurningRed. In fairness, it's probably pretty humiliating to have Pixar expose your bad parenting.

What do you think? Period-positivity all the way, or too much for smaller kids? Let us know in the comments.

popular
Brian Dowling: "Aoife never thought the baby was hers"
Lauren Graham shares who she thinks Rory's baby daddy is
8 incredibly annoying Christmas gifts that all parents HATE
He's back! 10 easy peasy Elf return ideas to kick off December with
Mum shares her hack for cleaning ball pit balls and it's such a time-saver
Woah! Could this ancient chart really predict the gender of your baby?
7 Christmas markets and Santa experiences to visit with kids this winter
You may also like
1 month ago
Disney debuts first 'plus-size' heroine in new trailer
6 months ago
Zac Efron teases a High School Musical reboot
7 months ago
Cole Sprouse says childhood fame "is a trauma", particularly for young girls
8 months ago
WIN! Disney+ exclusive The Ice Age Adventures of Buck Wild goodie bag
8 months ago
Disney is looking for a student in Ireland for an amazing new internship
8 months ago
One of Pixar's 'Best Ever' Movies is coming to Disney+ Today!
Next Page