A petition has been launched to make it illegal to leave a dog in a car in hot weather.

The petition, which concerns UK law, asks that it be made an offence to leave dogs, cats, or any animal trapped in a vehicle when it is warm out.

"I’m wanting this to become a criminal offence after seeing numerous press articles about dogs especially being left in hot cars during the recent hot weather."

At the time of writing, the petition had been signed by 11,469 people. 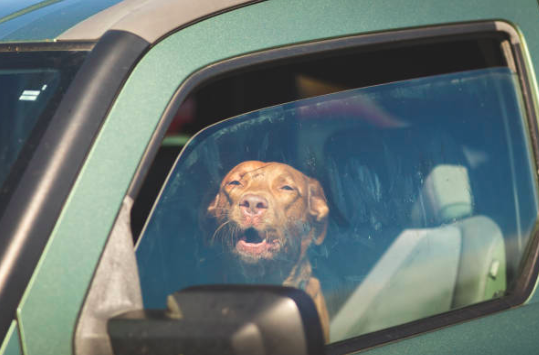 This comes as many dogs found left alone in hot cars during the hot weather were rescued by members of the public.

Leaving a dog in a hot car can be fatal for the animal due to the lack of air available and the heat of the vehicle.

Under the UK's Animal Welfare Act, an owner who leaves their dog in a hot car could already be prosecuted for neglect or cruelty if the animal becomes ill or dies.

However, animal rights activists are calling for harsher punishments for anybody who leaves an animal in a car on a hot day, whether the animal is harmed or not.

popular
Warning to parents about unknown hepatitis strain as death toll rises
"The worst thing was finding her": Family of Santina Cawley pay tribute to toddler
We named our daughter after her grandmother but fear she will be bullied over unique name
Downton Abbey's Allen Leech reveals second child's gender in the cutest way
Saoirse Ruane's mum says her daughter has a tumour in her lung
Should I let my 2-year-old daughter wear a bikini or is she too young?
"Where are your kids?" Kourtney Kardashian hit with backlash over her wedding
You may also like
1 week ago
My 13-month-old won't walk because she thinks she's a dog
4 months ago
Stacey Solomon admits she feels "sad and guilty" over death of beloved dog
6 months ago
Pet dog catches Covid from its owner for first time in UK
6 months ago
This dog can fetch cocktails for its owner when it hears "gin o'clock"
7 months ago
'It's me or the dog' - this woman is at loggerheads with her husband over their dog
7 months ago
New Colombian law gives workers two days off to mourn their pets
Next Page