Pope says people who have pets instead of kids are "selfish"

Guess he doesn't follow any #DogMoms on Insta, then...

In a move that is currently ruffling some feathers (and fur), Pope Francis has claimed that people who choose to have pets over children are selfish.

Speaking to a general audience at the Vatican, the Pope discussed parenthood and how less people are choosing it.

"Today... we see a form of selfishness," he said. "We see that some people do not want to have a child.

"Sometimes they have one, and that's it, but they have dogs and cats that take the place of children. This may make people laugh, but it is a reality."

He described this as "a denial of fatherhood and motherhood" that "diminishes us" and "takes away our humanity". 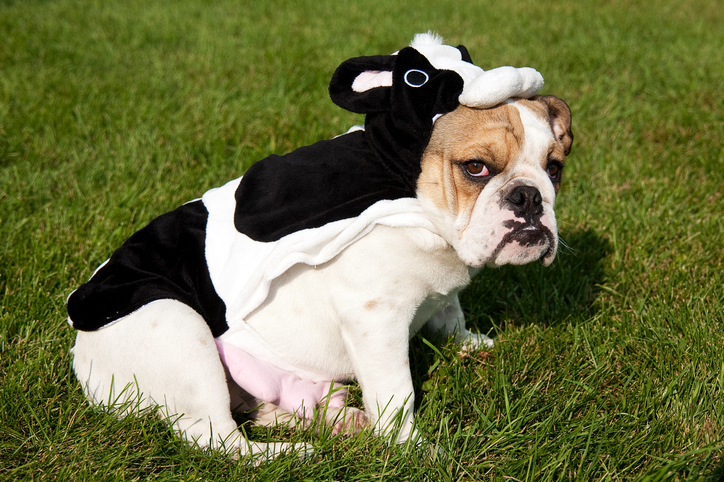 But he didn't stop there, referencing a "demographic winter" in which "people do not want to have children, or just one and no more".

'What about those who don't have kids, but not through any choice of their own,' you ask? Well, never fear: Pope Francis suggested that people who are biologically unable to have children should simply consider adoption.

Great, why didn't we think of that?

END_OF_DOCUMENT_TOKEN_TO_BE_REPLACED

The known childless celibate also urged people "not to be afraid" of parenthood in his address. Which, if you ask us, sounds exactly like someone who doesn't know how scary parenthood can be would say.

Sure, the Vatican might offer courses on performing exorcisms and dealing with possession, but have they ever seen a toddler when CoComelon is switched off? That's pretty demonic, too.

This isn't the first time Pope Francis has hit out at people choosing to have pets instead of kids, either.

In 2014, he claimed people choosing to be parents to pets rather than kids was "another phenomenon of cultural degradation", and said emotional relationships with pets were "easier" than the "complex" parent-child relationship.

While the 85-year-old has been pictured petting all sorts of domestic and wild animals, he is not thought to have a pet of his own.

Hmm, if he believes people who choose to have pets and not kids are selfish, what does that make people who have neither...?


popular
"You're disgusting": Prince William roars at photographer who was 'stalking' his family
"My seven-year-old son told me he's gay"
Great news for Irish parents as bouncy castle operators secure insurance once again
Wait, are former contestants returning for Casa Amor?
6 fun things to do in Dublin on your next family day out
"It's a competition" – one mum rants about teachers' presents and I agree
Mum gets mixed reaction to photo of her drinking beer while breastfeeding
You may also like
1 day ago
19-year-old in critical condition after severe car accident in Cork
1 day ago
Children wearing wrong-sized shoes and pyjamas in daytime as parents cut costs
3 days ago
Abortions at record high – with cost of living and job insecurity partly to blame
4 days ago
Irish Cancer Society launches campaign for deferred maternity leave for cancer patients
5 days ago
Gardaí investigating serious shooting incident in Dublin
6 days ago
Robb Elementary school to be demolished in the wake of recent shooting
Next Page