A new report published this week has shown that the stillbirth rate in the UK has reduced by almost eight percent over a three year period. 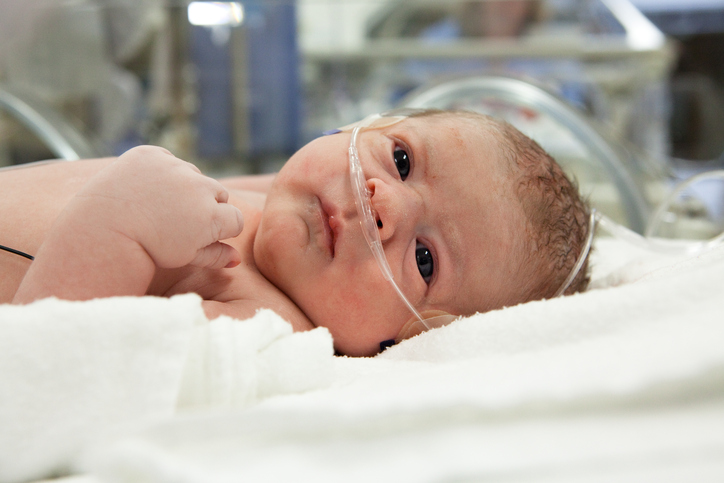 The MBRRACE-UK report, released this week, has shown a drop in stillbirth deaths in the 2013 to 2015 period. The UK government have previously stated their ambition to halve the rates of stillbirth and neonatal death by 2030. The latest findings indicate a positive move in the right direction.

The report was authored by a team of academics, clinicians and charity representatives whose remit is to monitor and investigate stillbirth and neonatal deaths across the UK for babies born at 24 weeks of gestation or more.

The report found that in 2015 the stillbirth rate was 3.87 per 1,000 total births, a fall from 4.20 per 1,000 total births in 2013. Despite this reduction, stillbirth rates in the UK still remain high compared to many other European countries and there remains significant variation across the UK that is not solely explained by some of the important factors that influence the rate of death such as poverty, mother's age, multiple birth and ethnicity.

The fall in the stillbirth rate was focussed in those born at term. Professor Elizabeth Draper, Professor of Perinatal and Paediatric Epidemiology at the University of Leicester says the findings are positive but more work is needed:

"Whilst the overall findings are good news, as two thirds of all stillbirths are born preterm we need to identify the extent to which preterm stillbirths are avoidable to enable the development of practices and policies to prevent these stillbirths and to reduce any variation in the quality of care."

END_OF_DOCUMENT_TOKEN_TO_BE_REPLACED

Over the same period the neonatal death rate has remained fairly static with a fall between 2013 and 2015 from 1.84 to 1.74 deaths per 1,000 live births, indicating that more work is required to prevent these deaths in the future. Data for the country's Neonatal Networks shows that neonatal mortality rates vary between 1.15 and 3.21 deaths per 1,000 live births. Much of this variation is accounted for by differences in the proportion of babies dying from a major congenital anomaly.

Dr Brad Manktelow, an associate professor at the University of Leicester who led the statistical analysis, explains that broadly similar NHS Trusts and Health Boards were grouped together by their type of care or size in order to provide an appropriate comparison of their mortality rates. A traffic light system has been used to highlight those where action needs to be taken to improve outcomes:

"Those Trusts and Health Boards identified with high rates of stillbirth or neonatal death rates should review the quality of the care they provide. Work commissioned by the Healthcare Quality Improvement Programme is underway to develop a standardised perinatal mortality review tool to support and improve the quality of review of all stillbirths and neonatal deaths within all Trusts and Health Boards in the future".

The most recent figures available regarding Ireland's stillbirth rates rank 17th in an international comparison of death rates across 49 high income countries, putting us seven places ahead of the UK. At 2.7 deaths per 1,000 births, our stillbirth rate in 2015 was below the estimated average of 3.5 per 1,000 measured across the 49 countries.

At a national level, the National Perinatal Epidemiology Centre's 2016 annual report into perinatal mortality in Ireland, shows that stillbirths, early neonatal and late neonatal deaths accounted for 330 (65.5 percent), 141 (28.0 percent) and 33 (6.5 percent) of the 504 deaths, in 2014.


popular
Parents with different surnames are being asked to carry their child's birth cert to travel but is it legal?
Dad's girlfriend complains he's spending too much time video-calling his child
Mum poured bleach into baby's feeding tube to get a good night sleep, court hears
"My princess, where are you?": Cleo Smith's heartbroken mum issues plea
17 NYC-inspired baby names we cannot get enough of
20 Unisex Irish Baby Names That Are Absolutely Magical
42 absolutely BEAUTIFUL baby names inspired by our favourite romantic movies
You may also like
14 hours ago
Gardaí renew appeal for information on 35th anniversary of Philip Cairns disappearance
1 day ago
Cause of death of family who mysteriously died while hiking revealed
1 day ago
Irish families are asked to have fun while raising money for sick children this Halloween
2 days ago
Louis Walsh is holding auditions for teens to create new Boyband and Girlband
2 days ago
School Run News: Tony Holohan urges parents to stop sending symptomatic kids to school
2 days ago
14-year-old boys charged for allegedly launching lit firework at baby in pram
Next Page