We know that teenage pregnancy rates are falling: the HSE reported recently that there was been a decline of some 60 percent over the 13 years from 2001-2014.

The same applies across the water: In England and Wales teen pregnancies have been halved since 1998.

Still, in shocking news from the UK, it has now emerged that an 11-year-old is pregnant and is "expected to give birth" shortly.

The father of the baby is a young teen himself, it is believed. 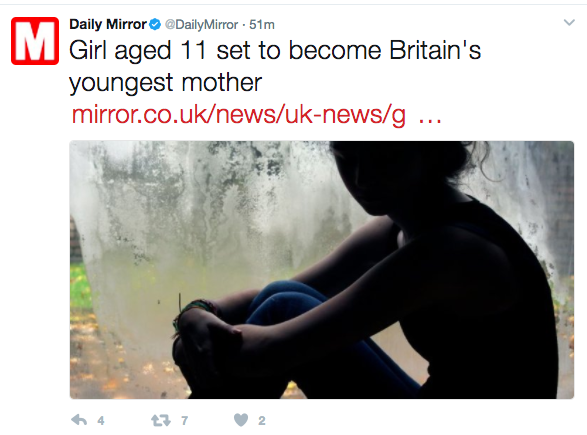 "Further details of the pregnancy cannot be made public for legal reasons and the local authority is seeking strict reporting restrictions in the family division of the High Court," reports the Mirror.co.uk.

In 2014 also in Britain, a 12-year-old girl gave birth: the father of the baby was her 13-year-old boyfriend. Her own mother is still just 28, and is now the child's primary carer. 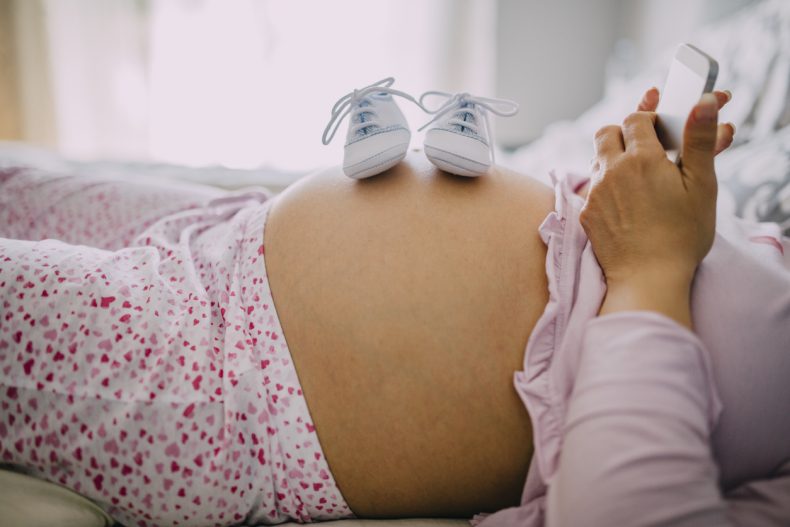 Two years ago, Ireland had a new youngest granny. The 29-year-old woman, who gave birth to her first child at 14, supported her 15-year-old daughter throughout her pregnancy and now helps rear the child.

popular
Breaking: Female child found with severe injuries in Co. Clare
Fans defend Khloe Kardashian for posing in hospital bed with her newborn
Vicky Phelan speaks about how she dealt with the trauma of her daughter's accident
Vaccine programme to roll out in primary schools
9 baby girl names inspired by Christmas carols
School threatens to suspend pupils who don't follow "outdated" uniform rules
Dads are more attentive to baby girls – and there is a reason for it
You may also like
8 hours ago
Why Cuba's redefinition of the family is so significant
19 hours ago
Son sues parents for throwing out his porn collection... and wins
1 day ago
Budget 2023: Parents will not have to pay for primary school books from next year
3 days ago
Hilaria and Alec Baldwin welcome baby #7 together: 'We are overjoyed'
3 days ago
Gardaí appealing for witnesses following fatal road traffic collision on M7
3 days ago
More babies will be born on Monday than any other day in the year
Next Page