Yesterday, the Duchess of Cambridge turned 37.

The day which we're sure was filled with love, family and jewellery, was however, missing one key player, her husband, Prince William.

While out for the day on royal duties, the Prince of Cambridge spent the greater part of his morning visiting London's Air Ambulance Charity at The Royal London Hospital. Having just been given the role "Patron of the London Air Ambulance Charity's 30th Anniversary Campaign", William spent time meeting the staff and first responders as well as patients of the hospital. 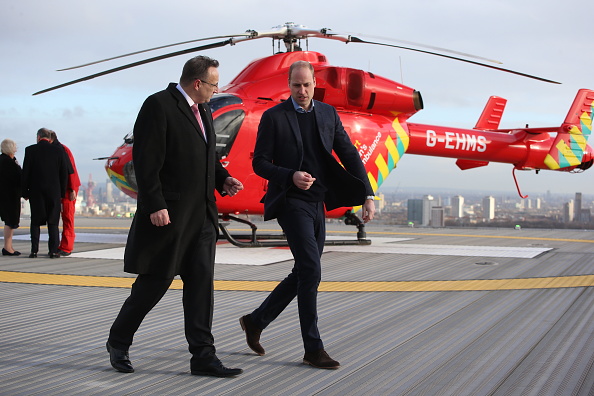 Making sure Kate was thought about on the day, the staff at the hospital gave William a card to give to the duchess, which was made by a group of children.

Receiving the card, William hilariously added that he was too, off the hook, because he remembered it was Kate's birthday that morning.

"Well done for remembering. I did remember this morning, so that was ok,” he said.

William accepting a card at @LDNairamb for wife Kate on her birthday: “Well done for remembering. I did remember this morning, so that was ok.” pic.twitter.com/OcMgHc4sJp

For the second half of his day yesterday, It is expected that Prince William spent it with Kate and their children. With no royal events or outings pencilled in, it's rumoured that the Cambridges had a relaxed evening at home - cute.

popular
Expert says Cocomelon acts "as a drug" to kids' brains
Elf on the Shelf is actually pretty bad for your kids, according to an expert
Kirstie Alley criticised for transphobic Tweets about breastfeeding
REALLY easy brunch recipes: mini egg cakes you can make with your kids
I kicked my daughter's friend out of her birthday party- was I wrong?
Irish company create app that will send your kids messages from an Elf
Prince William and Princess Kate would welcome a fourth child with open arms
You may also like
2 months ago
"Home alone" – hilarious Prince Louis memes are taking over the internet
2 months ago
Breaking: Prince George and Princess Charlotte will attend the Queen's funeral
2 months ago
Prince Harry will likely reunite with his children for his 38th birthday
3 months ago
Kate Middleton ready to leave Kensington Palace 'prison'
4 months ago
Here's how much Prince George and Princess Charlotte's new school costs
4 months ago
Revealed: The cheeky nickname Prince George's classmates use for him in school
Next Page