While at a royal engagement in Cyprus, Prince William made sure to remind us all that while he's not the King of England (yet!) He's certainly the king of dad jokes.

Posing for a holiday snap alongside military personnel who are spending their Christmas in Cyprus, the Duke and Duchess of Cambridge stood in for a Christmas photo at which point William basically pointed out that Kate was dressed like the backdrop.

William's joke went down a treat. 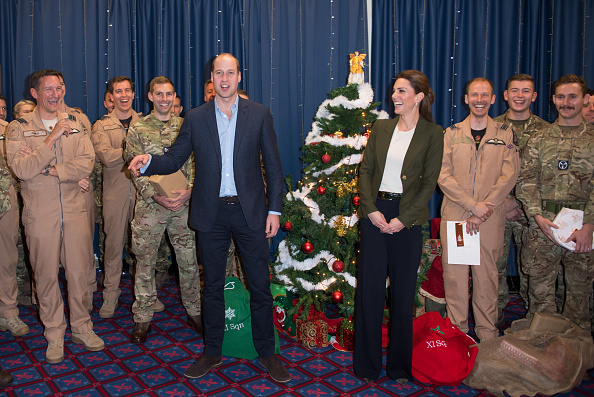 Standing in front on a Christmas tree, Kate was wearing a green blazer and after noticing this, William cheekily said to the photographer:

"My wife's camouflaged against the tree, do you want me to move out of the photo?"

The witty dad joke from HRH garnered quite some laugh from both Kate and the military personnel who were all captured laughing at William's one-liner.

According to the palace, they outlined this year's festivities writing that William and Kate will have "two engagements in London and in Cyprus in support of deployed military personnel and their families who will be apart over the festive period."

The Duke and Duchess of Cambridge arriving in Cyprus yesterday. 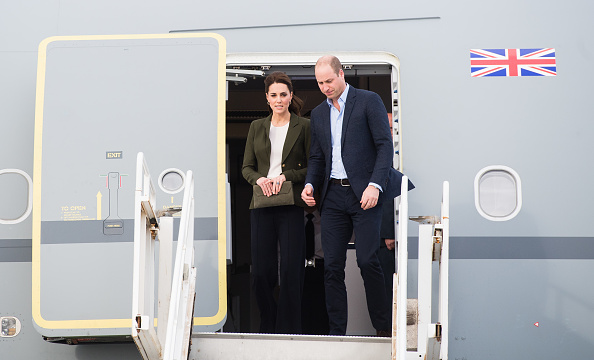 Will and Kate are making sure those working in the military get time to rest too by opening up an "Oasis Centre" at RAF Akrotiri in Cyprus, a place where personnel can relax when they aren't on shift.

A very sweet gesture and a very busy period for the Duke and Duchess of Cambridge.

popular
Expert says Cocomelon acts "as a drug" to kids' brains
Elf on the Shelf is actually pretty bad for your kids, according to an expert
Kirstie Alley criticised for transphobic Tweets about breastfeeding
REALLY easy brunch recipes: mini egg cakes you can make with your kids
I kicked my daughter's friend out of her birthday party- was I wrong?
Irish company create app that will send your kids messages from an Elf
Prince William and Princess Kate would welcome a fourth child with open arms
You may also like
1 month ago
Kate Middleton isn't worried about The Crown because of her perfect image
2 months ago
"Ireland belongs to the Irish": Woman confronts Princess Kate during Belfast visit
2 months ago
Princess of Wales reveals she struggled to name her children
2 months ago
Kate Middleton reveals Prince Louis' sweet words about Queen Elizabeth's passing
3 months ago
Prince William and Kate move children to new private school
3 months ago
Prince William and Kate's kids won't have a live-in nanny for the first time in their lives
Next Page