Four of 13 puppies smuggled through Dublin Port have died

Four of the 13 puppies smuggled through Dublin Port have since died.

The dogs were found in cramped conditions in the footwell area of a car last week. They were rescued by the DSPCA and are currently receiving treatment.

Virgin Media's Brianna Parkins shared the news this morning, reporting that four of the dogs had died and that two are still in critical condition.

A number of the dogs had tested positive for Pavrovirus, a highly contagious virus that effects canines.

Four of the 13 puppies seized at Dublin Port last week died over the weekend.

Two are still in critical condition.

They were found in two small cages with no food or water headed for the Uk.

We’re here at @DublinSPCA with updates (and also bunnies) pic.twitter.com/JWb5kihG4I

All 13 dogs were seized at Dublin Port last week. The puppies were found in cramped conditions in two cages without access to food or water. They had been travelling for two hours before the discovery was made.

"Our vets reported that all 13 puppies were dehydrated, four of them tested positive for Parvovirus and sadly one didn’t make it," the group said last week.

END_OF_DOCUMENT_TOKEN_TO_BE_REPLACED

"We are monitoring the rest of puppies closely as Parvovirus is highly contagious and life threatening. All of the puppies are on medication and will remain under DSPCA veterinary care until they are well enough to leave the shelter to go to foster homes." 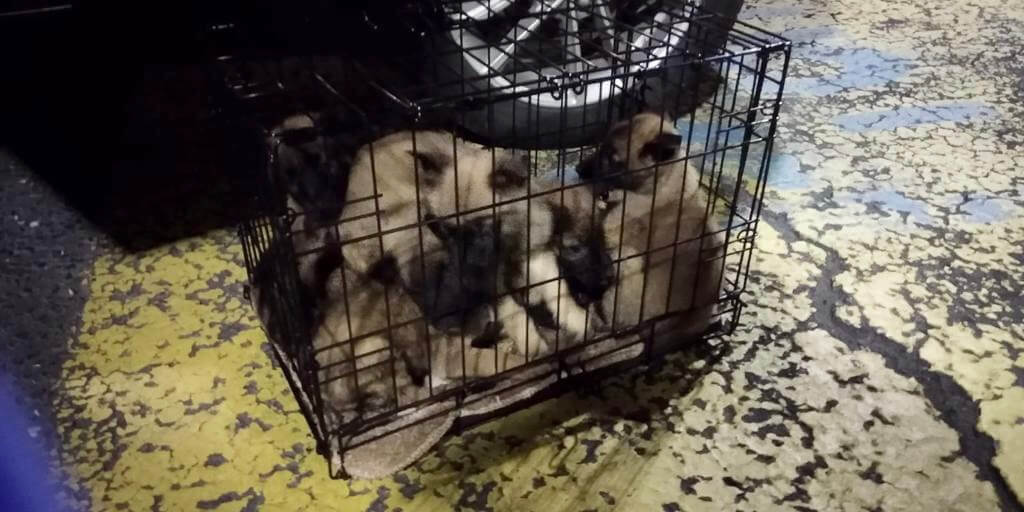 The DSPCA also outlined the cruelty of the dog-farming industry, and urged potential pet owners not to support it.

"These puppies were possibly on their way to good homes but this doesn’t make it right," they said. "The lack of compassion, respect, empathy and duty of care is incredibly disturbing. There was not a second of thought for the welfare of these puppies, just the joy of the profit to be made by their sale.

"We all have a part to play in trying to stop this from happening again and again."


popular
Maternity hospitals can now begin to ease visitor restrictions says HSE director
Mother wants to exhume daughters body from her grave in Cork
Here's what bookies think Harry and Meghan will name their baby girl
10 rare Irish baby names not too many parents are using these days
"To all my friends with babies, I apologise."
This bath bomb is especially for parents and it really truly speaks to me
Children with these names are statistically more likely to be successful