"Clearly I had drunk to excess on the night of the incident. I should have known better."

A distant cousin of the queen who's also a well known socialite in London is on trial for raping a woman in his ancestral home, Glamis Castle in Scotland. This castle is also the place where the Queen Mother spent most of her childhood.

According to BBC News, Earl of Strathmore and Kinghorne, Simon Bowes-Lyon plead guilty to the charges in court on Tuesday.

The alleged attack took place in Glamis Castle in February 2020.

"The Earl of Strathmore, Simon Bowes-Lyon, forced his way into the sleeping woman's room during a weekend event he was hosting at Glamis Castle," reported the BBC.

"He repeatedly assaulted the 26-year-old victim and tried to pull off her nightdress during the 20-minute attack." The court was told the victim "fled the castle the morning after the attack on 13 February last year and flew home to report the matter to police."

Both Police Scotland and the Metropolitan Police were involved in the investigation. If Bowes-Lyon is convicted he could face up to five years in prison. 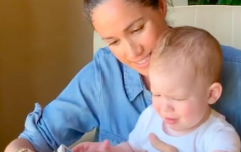 END_OF_DOCUMENT_TOKEN_TO_BE_REPLACED

He was granted bail at Dundee Sheriff Court this week. His sentence was deferred and he has been placed on the sex offenders register.

Outside court, the 34 year old said he was "greatly ashamed" of his actions. "Clearly I had drunk to excess on the night of the incident. I should have known better. I recognise, in any event, that alcohol is no excuse for my behaviour.

"I did not think I was capable of behaving the way I did but have had to face up to it and take responsibility.

"My apologies go, above all, to the woman concerned, but I would also like to apologise to family, friends and colleagues for the distress I have caused them."


popular
Child hospitalised with head-lice as neglect goes unnoticed in lockdown, says report
NPHET to advise the Government that all schoolchildren return to school the end of February
Positive parenting: 11 little things that mean the world to kids
Dog badly scarred in fire becomes therapy dog for burn victims
Justin Timberlake and Jessica Biel confirm birth of second child
Anna Daly launches her cosy chic lifestyle brand, Little Bliss
Eat your greens: 10 dishes with sneaky hidden veggies (that your kids will actually eat)
You may also like
4 days ago
Happy birthday, mummy! How George, Charlotte and Louis threw Kate a lockdown party
2 weeks ago
The Duke and Duchess of Sussex' Christmas card comes with the sweetest snap of little Archie
1 month ago
Royal family "concerned" that Meghan kept secret diary during time in UK
1 month ago
The royal family has shared their secret Christmas cookie recipe – and YUM
1 month ago
There's no wrong way to talk about a miscarriage
1 month ago
Kate Middleton and Prince William's dog, Lupo, has passed away
Next Page