One victim said it's time to 'reclaim our names'

Musician R Kelly has officially been sentenced to 30 years in prison after being found guilty on eight counts of sex trafficking and one count of racketeering back in September 2021.

After a brief recess for lunch, one of Kelly's victims, Angela, told the court that he was a "pied piper."

“We reclaim our names,” she said. “We are no longer the preyed-upon individuals we once were.”

Federal prosecutors asked for 25 years in prison and said that the musician has a "long and pervasive history of enticing children to engage in sexual activity." In contrast, Kelly's lawyer Jennifer Bonjean requested the minimum sentencing of 10 years. 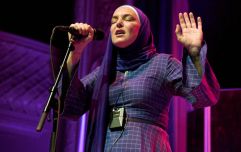 END_OF_DOCUMENT_TOKEN_TO_BE_REPLACED

Kelly is expected to appeal the verdict after earlier dubbing his lawyers as "unprepared" and subsequently hiring Bonjean, who previously said she is "happy defending anyone" having before represented "serial child rapist killers" and "mass murderers."

Kelly is also facing a child pornography charge in Chicago, with a trial set for August.


popular
TikTok star shows how to avoid sweat stains by using pantyliners
Giving our children experiences rather than toys makes them more intelligent
Opinion: All schools should have generic school uniforms
Here's where you can get the best deals on all your Back to School essentials
Shows like Bluey and Peppa Pig are actually bad for kids, expert warns
Five teenage girls rushed to hospital after crash in Kilkenny
Voluntary contribution fee should be fully scrapped, National Parents' Council says
You may also like
6 months ago
Has your child ever wanted to attend rock school? Well now they can at RockJam
6 months ago
91-year-old Irishman is one of the oldest DJs spinning on UK radio
8 months ago
US stores pull musical toddler toy after discovering it plays song about cocaine use
9 months ago
Charli XCX announces Dublin date for global tour at 3Olympia Theatre
10 months ago
Dave Grohl says Nirvana will alter 'Nevermind' cover amid sexual exploitation lawsuit
11 months ago
Baby on Nirvana’s 'Nevermind' album cover sues band over naked photo
Next Page