Singer Rachel Stevens and Alex Bourne have broken up.

The mum-of-two revealed she is separating from her husband Alex Bourne.

The couple were together for 13 years.

The Dancing On Ice star announced the news in an emotional statement.

The couple were due to celebrate their 13th wedding anniversary in August.

“I just wanted to share with you all that after time and consideration the difficult decision has been made for Alex and I to separate.”

Rachel said their daughters will always come first, no matter what their relationship status.

The 44-year-old said: "While we are no longer partners in marriage, we will remain partners in parenthood to our beautiful girls and continue with love and respect for each other." 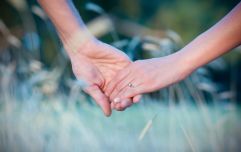 END_OF_DOCUMENT_TOKEN_TO_BE_REPLACED

"I feel so incredibly grateful for the life we built together and will now continue to be focused on moving forward united as a family.”

Rachel and Alex are parents to two daughters- 11-year-old Amelie and 8-year-old Minnie.

The pair were childhood sweethearts. Rachel and Alex have known one another since they were teenagers.

The Sweet Dreams My LA Ex singer married Bourne in 2009. The pair tied the knot in a beautiful ceremony in August at Claridges, London.

Rachel thanked her followers for their support during this difficult time.

"I just wanted to say thank you so much for all your lovely messages of love and support."


popular
TikTok star shows how to avoid sweat stains by using pantyliners
Giving our children experiences rather than toys makes them more intelligent
Opinion: All schools should have generic school uniforms
Here's where you can get the best deals on all your Back to School essentials
Shows like Bluey and Peppa Pig are actually bad for kids, expert warns
Five teenage girls rushed to hospital after crash in Kilkenny
Voluntary contribution fee should be fully scrapped, National Parents' Council says
You may also like
3 months ago
My ex-husband still sleeps with our 8yo daughter in his bed
4 months ago
Kim Kardashian reveals she didn't speak to Kanye for 8 months after filing for divorce
6 months ago
Adele tearfully dedicates BRIT Award to "gracious" son Angelo and her ex-husband Simon
6 months ago
Kim Kardashian responds to Kanye West saying she let North on TikTok "against my will"
6 months ago
This dad still gets his ex-wife flowers for her birthday for one very special reason
7 months ago
Jason Momoa and Lisa Bonet split after 16 years together
Next Page