Statistics released this week in the UK reveal troubling trends regarding the abuse of children, by children. But how does it compare to the situation in Ireland?

Reports of children sexually abusing other children in the UK doubled in the two years to 2019, according to police figures obtained by BBC Panorama.

Analysis of the new figures shows about nine in 10 of the alleged abusers were boys. And the abuse was carried out on girls in about eight in 10 cases.

The Labour MP and former teacher, Emma Hardy, said: "I still think that those figures might be an underestimation of the extent of the problem, because not all cases ended up going to the police. Not all things are reported."

Dr Rebekah Eglinton, chief psychologist for the Independent Inquiry into Child Sexual Abuse, said unwanted touching, as well as being pressured into sharing nude photos, had become a part of everyday life for children "to the point where they wouldn't bother reporting it.

Ireland is also seeing troubling trends emerging, according to figures released this year by the CSO. 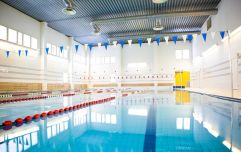 END_OF_DOCUMENT_TOKEN_TO_BE_REPLACED

One-fifth of all sexual offences have also been found to involve children as offender and victim.

CEO of the Dublin Rape Crisis Centre Noeline Blackwell spoke to RTE News recently about what she described as a "real worry".

"Every young child needs to be given a language, and an understanding that this is not real life.

"They're not going to have the language or the framework to understand what they’re watching so that education is really important, as is control over what they're watching on the web."

Blackwell called on Government and content platforms for better regulation.


popular
Investigation into the discovery of a body of a male, Drumcondra, Dublin
This mum's post about dying to send her kids back to school is too funny
Actor Anne Heche rushed to hospital after car crash
Planning your next getaway? Here are 6 fun family activities to try this summer
Tasha's dad responds to Jacques' Instagram video
Musings: I think 'Lawnmower' parenting is damaging for children
Lauren Goodger assaulted and taken to hospital after daughter's funeral
You may also like
6 months ago
5 family members, including parents, sentenced over sexual abuse of children
7 months ago
"You are a monster": Man jailed for 5 years for sexually abusing his daughter
8 months ago
Father who raped his daughter for 16 years from age 7 jailed for just over 10 years
9 months ago
Dublin man who sexually abused 4 nieces over 12 years jailed for 3 years
11 months ago
Sensitive content: Mother who sexually abused her own children sentenced to six years in prison
11 months ago
Opinion: Grooming doesn't have to reach R Kelly proportions for it to be dangerous and harmful
Next Page