Riverdale actor Ryan Grantham charged with murder of his mother

Riverdale actor Ryan Grantham has been charged with the murder of his mother Barbara Waite.

The actor admitted to shooting his mother whilst she was playing piano at their home in Vancouver.

He was only 21 years old at the time.

According to CBC Canada, the 24-year-old was handed a life sentence in the British Columbia Supreme Court in Vancouver on September 21st.

The former actor won't be granted parole for 14 years.

Grantham was suffering from severe mental health issues before he shot his mother.

Former ‘Riverdale’ actor Ryan Grantham has been sentenced to life in prison without the possibility of parole for 14 years for the 2020 killing of his mother. pic.twitter.com/FFTHtcUsAK 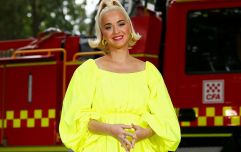 END_OF_DOCUMENT_TOKEN_TO_BE_REPLACED

Weeks before he killed his mother, the court was told that he had been viewing footage on the dark web.

The court was told he was suffering from an "intense period of clinical depression".

After killing his mother, the actor planned on killing Prime Minister Justin Trudeau.

He had three guns, ammunition, camping supplies, and 12 Molotov cocktails in his car.

Instead of killing President Trudeau, he turned his car around and planned to commit an act of mass violence.

However, later that night he turned himself in to police in Vancouver.

The actor will be given psychiatric treatment in prison. Grantham is reportedly making improvements already.