Rosanna's daughter was born via surrogate in 2019.

With the current turmoil in Ukraine due to the Russian invasion, many Irish people are being asked to take in Ukrainian families fleeing the conflict.

Many families have already agreed to take in Ukrainian families due to arrive in Ireland, among them author Rosanna Davison who has invited her Ukrainian surrogate to come and live with her. 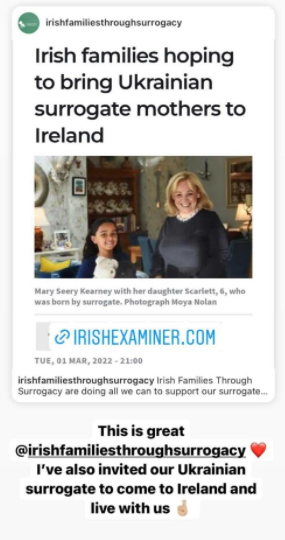 After seeing the post Davison, whose daughter was born via surrogate in 2019, reposted the screenshot, along with the caption;

"This is great Irish Families Through Surrogacy.

I've also invited our Ukrainian surrogate to come to Ireland and live with us." 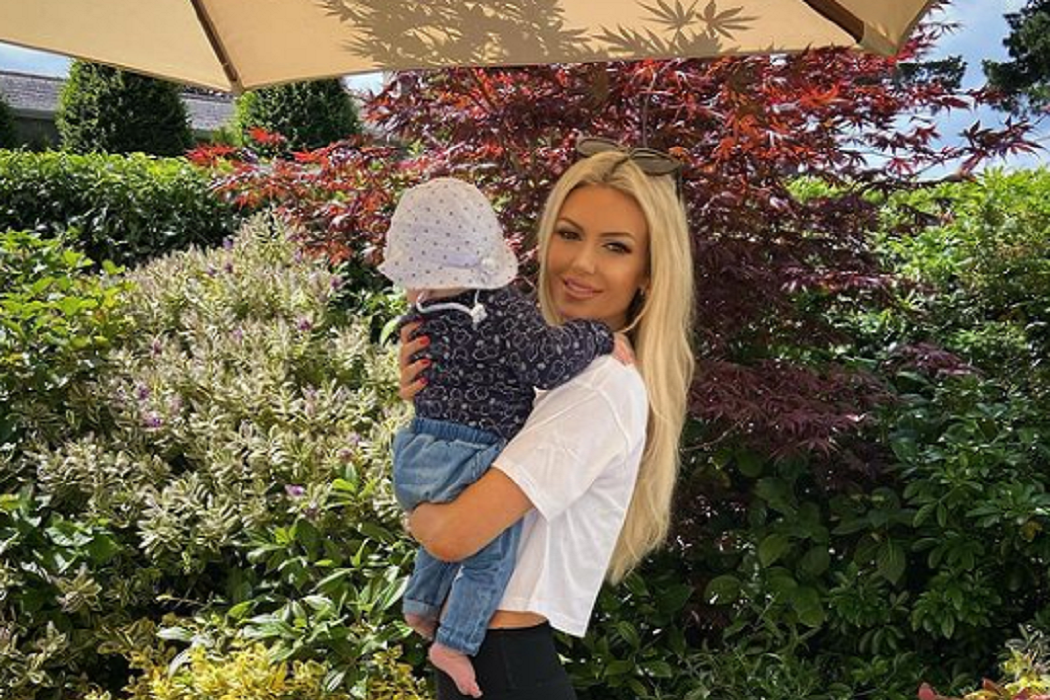 Davison has always been very open and honest about her surrogacy journey in an effort to help and support other Irish parents also having children via surrogacy.

Rosanna has also shared other posts this week in support of the people of Ukraine including one on how people in Ireland can help;

"#istandwithukraine in solidarity and support.

If you’d like to help the people of #Ukraine by donating what you can, here’s a list of organisations providing crisis support. Please share any others you know of."

Davison also recently shared a post stating that the people of Ukraine and especially surrogate mothers, are never far from her thoughts;

"Thoughts are with the parents through surrogacy, the surrogate mothers, their families and all affected by the current situation in Ukraine."

Many Ukrainian families are due to start arriving in Ireland in the coming weeks.

Minister for Foreign Affairs Simon Coveney has confirmed that Ukrainians travelling to Ireland fleeing the conflict will receive special refugee status and will be entitled to live and work in Ireland as EU citizens.

popular
Downton Abbey's Jessica Brown Findlay welcomes twins after IVF struggle
"My heart sank": Tubridy hit with backlash over Toy Show remark
Elf on the Shelf is actually pretty bad for your kids, according to an expert
Having an Elf on the Shelf can actually be bad for your kids
Mysterious clumps in Christmas tree should be removed immediately
Alejandro Miszan: Fundraiser set up following vicious dog attack
Irish company create app that will send your kids messages from an Elf
You may also like
13 hours ago
Radio station to remove homophobic slur from Fairytale of New York
13 hours ago
The trailer for Harry and Meghan has finally dropped
14 hours ago
Doctor accused of assaulting his patients found dead
17 hours ago
550 children have been left on trolleys in Irish hospitals over the last month
17 hours ago
Downton Abbey's Jessica Brown Findlay welcomes twins after IVF struggle
18 hours ago
Here are the first four people officially heading onto Dancing With The Stars
Next Page