Coming from a royal expert in the know.

The Duke and Duchess of Cambridge have been spending time with their children over the summer and so public appearances haven't been quite as frequent.

However, we did see Prince George and Princess Charlotte at the weekend as they joined their parents at the wedding of Sophie Carter, one of Kate's good friends who is godmother to Charlotte.

There was no sign of Prince Louis though and after reports that he's changed a lot, we are eager to see new photos of the little boy. 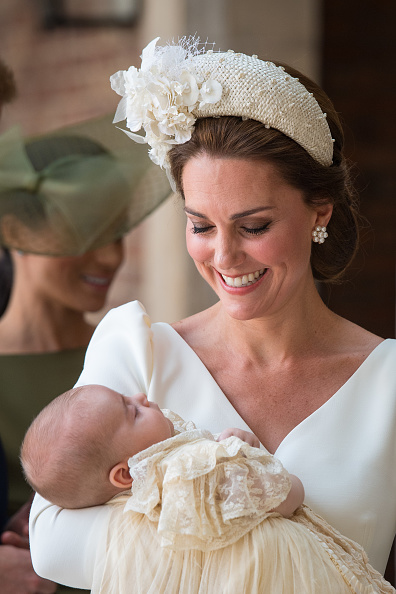 Apparently, there is an upcoming event which might see photos of the entire family released as it's tradition to release an annual Christmas card.

Emily Nash is royal correspondent for Hello magazine and she made this prediction in a recent Facebook Live which you guessed it, was all about the royal family.

Emily said that the royals traditionally release a Christmas card each year and of course, the 2017 card was a big hit.

Here's a glimpse of last year's version in case you didn't get a look at it, I mean hello, the CUTENESS with the card clearly having a dominant blue theme.

The Duke and Duchess of Cambridge are pleased to share a new photograph of their family. The image features on Their Royal Highnesses' Christmas card this year. The photograph was taken earlier this year by @ChrisJack_Getty at Kensington Palace. pic.twitter.com/p8jm6zDfl0

However, there is a slight chance that Prince Louis will make an appearance at some rather important birthday celebrations as his grandfather Prince Charles turns 70 in November.

Rumours suggest it will be a grand affair but again, Kate and Wills could well decide to leave their youngest child at home.


popular
'There will be tears': Kate Garraway says husband could be in a coma for a year due to #Covid-19
11 little things that mean the absolute world to your kids
#Covid-19: Travel permitted anywhere in county, groups of six allowed to meet indoors from Monday
Kids still got a pesky case of lice with school out? Here's how to fix it
Better sleep: 5 things you need to ban from your bedroom according to an organisational expert
Eight dogs believed to be worth €5,000 seized by Gardaí in Co. Tipperary
Pregnant in lockdown: Teodora Sutra on how crocheting has kept her sane
You may also like
3 days ago
Kate and William are pretty strict about school nights when it comes to George and Charlotte
3 weeks ago
This smocked baby bodysuit from Next is giving us royal vibes
4 months ago
Kate Middleton says that she felt 'so isolated' after the birth of Prince George
5 months ago
The Cambridge family Christmas Card is here and it's seriously adorable (LOOK at Prince Louis)
5 months ago
Kate Middleton arrives for Christmas lunch with the Queen and her outfit is impeccably festive
5 months ago
Prince George and Princess Charlotte are set to join a pretty big royal tradition this Christmas
Next Page