The men in the car were wearing clown-like masks.

A warning has been issued to parents after a group of men targeted schoolkids in England.

It is believed the men, who were wearing clown masks, drove up to the children after school.

The children were waiting to be collected by their own parents when they offered them a lift.

The group of men asked if they 'needed a ride'.

The horrified children are said to be pretty upset after the ordeal.

One parent even reported the incident to the police.

This happened outside a school in Newcastle, England.

Police have now launched an investigation as they fear the men may be dangerous. 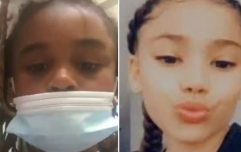 END_OF_DOCUMENT_TOKEN_TO_BE_REPLACED

Speaking about the shocking incidents, headteacher Garrett Murray told The Sun that the police have been informed.

He said: "A number of reports have been received by them regarding a suspicious white van stopping a number of young people in the Wolstanton and wider area."

"A young person was asked if they wanted a ride," he explained.

"Another report suggests that individuals in the van were wearing clown-like masks which also upset and frightened a young person on their way to school."

It is believed that Staffordshire Police will now patrol the local areas surrounding the school during the day.

"I am asking learners, parents, and carers to be vigilant," the headteacher added.


popular
Brad Pritt reveals he may have rare condition prosopagnosia
Study says that these childhood experiences can affect our health for life
2-year-old boy orphaned after losing both parents in Highland Park shooting
Chris Pratt responds to backlash over 'healthy daughter' comment
Should I let my 6-year-old daughter dye her hair?
Parents sue TikTok after their daughters die during 'blackout challenge'
Back to School Allowance will be increased, Minister Foley confirms
You may also like
11 hours ago
Boy rushed to hospital after falling from window of flat
1 day ago
Baby boy dies after freak accident in Leeds
1 day ago
Schoolgirl (12) left badly shaken after man in van tried to kidnap her
2 days ago
Copenhagen shooting: Two of the victims were only 17-years-old
2 days ago
Two women killed in shark attacks near popular tourist beach in Egypt
3 days ago
Multiple people killed in Denmark shopping mall shooting
Next Page