Schools to hold a minute's silence for Ashling Murphy

Schools around Ireland will hold a minute's silence in honour of the late Ashling Murphy.

INTO has asked all schools to participate.

"All schools across the country are being asked to observe a minute’s silence at 11 AM on Tuesday, 18 January in memory of Ashling Murphy.

"We are encouraging schools to remember a beloved primary school teacher, taken far too soon."

The minute's silence will take place at the same time as Ashling's funeral.

"Ashling was a beautiful girl, she was just the best"

"The INTO, ASTI, FÓRSA and the TUI are urging all schools and colleges to join in the tribute."

The primary school teacher's funeral will take place tomorrow at St. Brigid's Church in Mount Bolus at 11 am.

Ashling will be laid to rest at Lowertown Cemetery after the service. 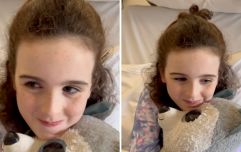 "Back where she belongs": Saoirse Ruane leaves hospital after 9 days

END_OF_DOCUMENT_TOKEN_TO_BE_REPLACED

Ashling's heartbroken family has asked for family flowers only. They have also asked for the public to respect their privacy during this devastating time.

Her family paid tribute to Ashling after her untimely passing last Wednesday.

They told The Independent that she was a "brilliant girl".

“She was a great worker, with great drive. A marvellous musician. She played with Comhaltas Ceoltóirí all over Ireland and all over the UK on the tours. She was in their youth choir and senior orchestra."

Her family remembered her as a "beautiful girl".

We are keeping her loved ones in our thoughts and prayers.

Numerous vigils have taken place across the weekend as the nation honours Ashling Murphy.

You may also like
5 hours ago
Teenage girl in critical condition after horror Waterford crash
2 days ago
Saoirse Ruane's mum reveals she is out of ICU after cancer surgery
3 days ago
19-year-old girl in critical condition after collision between bike and a taxi
3 days ago
Saoirse Ruane's mum says their family has been on an "emotional rollercoaster"
3 days ago
3,914 children are now waiting for an appointment with mental health services
5 days ago
'Exclusionary' and 'elitist' – time to end allocations of school places for family connections
Next Page