Uh-oh. Bad news for tweens in the UK as schools ban the latest must-have hair accessory, the JoJo bow.

If you're a mum or dad to a tween you might recognise the current hair accessory trend that is the JoJo bow.

Youngsters in this country have gone nuts for the oversized hair bows that are based on the look worn by American YouTuber Joelle Joanie Siwa, otherwise known as JoJo Siwa or JoJo with the Big Bow.

The 13-year-old dancer, singer, and actress, first made a name for herself on the popular reality show Dance Moms. JoJo's signature large bows are now stocked at Claire's accessory stores throughout Ireland, regularly selling out. Many other retailers are now selling imitation bows.

The bows, which don't come too cheap between €9 and €13, have now been labeled 'distracting' by teachers and banned in schools across England.

One such teacher, posting on the parenting forum Mumsnet, commented:

"There are loads of girls wearing these bows. My daughter is wearing one now because she has a birthday party later but she doesn't wear it to school."

Another poster said her 10-year-old daughter has spent over £100 on the craze:

"DD (10) spent ALL her Xmas and birthday money (over £100) on about 10 of the bastar*ing things. And there's always a kick off in the morning that it's too far forward/too far back/millimetres to the left/right. I'm tempted to chop them to pieces in the middle of the night and claim ignorance."

This mum has hilariously made a connection between mums' eyebrow size and their daughters' bow size:

"Where I am, the size of the bow is in direct correlation with the ridiculousness of the mum's eyebrows. Enormous sharpie-style eyebrows on mum = child's whole head taken over by bow."

Is your daughter a fan of the cheerleader-style hair accessory? What do you think of the look? 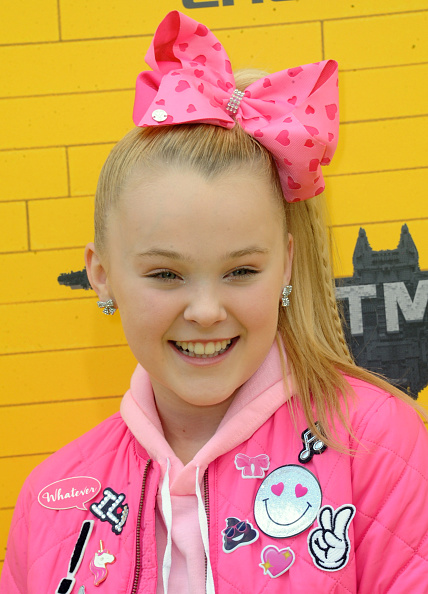 
popular
"You're disgusting": Prince William roars at photographer who was 'stalking' his family
Expert says Cocomelon acts "as a drug" to kids' brains
6 fun things to do in Dublin on your next family day out
Woman (50s) dies after falling into water at Dún Laoghaire pier
Here's how long new couples wait before farting in bed with each another
Sharon Stone reveals she experienced nine miscarriages
"No co-sleeping at all" – new safe sleeping guidelines for babies states
You may also like
13 hours ago
19-year-old in critical condition after severe car accident in Cork
1 day ago
Children wearing wrong-sized shoes and pyjamas in daytime as parents cut costs
3 days ago
Abortions at record high – with cost of living and job insecurity partly to blame
3 days ago
Irish Cancer Society launches campaign for deferred maternity leave for cancer patients
4 days ago
Gardaí investigating serious shooting incident in Dublin
5 days ago
Robb Elementary school to be demolished in the wake of recent shooting
Next Page