Fans of the hit series Call The Midwife will be delighted to know that series seven is due to hit Netflix as soon as next month.

Although previously available on the US version, it's soon going to be available to watch in Ireland and the UK too.

Seasons one to six are already available to watch on the streaming service with season seven due to arrive on September 11.

Call the Midwife is a BBC period drama series about a group of nurse midwives working in the East End of London in the late 1950s and early 1960s.

The popular series was created by Heidi Thomas and is based on the memoirs of Jennifer Worth who worked with the Community of St. John the Divine, an Anglican religious order, at their convent in the East End in London.

Season nine of the popular show is coming very soon too but in the meantime, you'll be able to catch up on previous episodes.

Behind the scenes on #callthemidwife Series 9: The women on the stairs ❤️🎥🎬https://t.co/ouBMmFW8BR pic.twitter.com/Afer3AdXoS 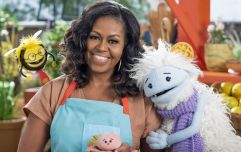 Michelle Obama is launching a children's cooking show on Netflix

END_OF_DOCUMENT_TOKEN_TO_BE_REPLACED

Call The Midwife season seven is just one of the many new seasons and films to hit Netflix this September.

1980s classic Dirty Dancing will also be arriving on September 1 as well as the return of Tiny House Nation in which host John Weisbarth and expert Zack Giffin hit the road to meet aspiring tiny homeowners yearning to build small with maximum ingenuity and style.

There will also be lots for the kids to dive into including The Lego Batman Movie available to stream from September 19.


popular
Here's what bookies think Harry and Meghan will name their baby girl
Mother wants to exhume daughters body from her grave in Cork
Maternity hospitals can now begin to ease visitor restrictions says HSE director
10 rare Irish baby names not too many parents are using these days
Not to be dramatic, but we think we might die if we don’t get these Starbucks cups
"To all my friends with babies, I apologise."
Children with these names are statistically more likely to be successful
You may also like
1 week ago
The Crown season 5 to officially start filming in July
1 month ago
Netflix testing feature that could lead to password-sharing crackdown
2 months ago
Netflix's Behind Her Eyes starring Eve Hewson is your next binge watch
2 months ago
Simone Ashley cast in lead role for Bridgerton season 2
2 months ago
Selling Sunset season 4 is coming to Netflix this year, apparently
2 months ago
WATCH: The trailer for The Vanishing at the Cecil Hotel is here
Next Page