Senator calls for single-sex schools to be scrapped

Senator Aodhán Ó Ríordáin has called for single-sex schools to be abolished in Ireland.

"It is time for us to genuinely reevaluate the justification, if any, or segregating our children along gender lines in so many of our nation’s schools," he wrote in an op-ed on The Journal.

He framed his argument in the context of gender equality and the current feminist movement.

"At a time when women are speaking up louder than ever before about sexual violence and intimidation, we have a moral responsibility to examine what in our society needs repairing," he wrote.

Dividing kids along gender lines in schools doesn't reflect the real world and leads to gender stereotypes and restricted subject choice, he argued. 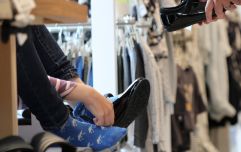 END_OF_DOCUMENT_TOKEN_TO_BE_REPLACED

He proposed that Ireland set a target to make all primary schools co-educational in the next ten years.

The senator has a background in education. He was a principal of St Laurence O'Toole's Girls' Primary School on the north side of Dublin city for 11 years.

"I loved every second of it," he said of his time as a teacher.

"But no one should be frightened of a debate."


popular
Toddler dies after falling from balcony in New York
RTÉ's Eileen Whelan recalls "stressful" IVF journey
Expert says Cocomelon acts "as a drug" to kids' brains
Mum sprays breastmilk into a crowd of party goers and other mums aren't happy
Winning (weird) food combos that pregnancy cravings helped me discover
Princess Charlotte doesn't have to bow to the Queen but Prince George does - here's why
Children wearing wrong-sized shoes and pyjamas in daytime as parents cut costs
You may also like
2 weeks ago
Mum slated for taking her children out of school for a beach day- was she wrong?
2 weeks ago
Teacher explains why children should never hand out birthday invites in class
2 weeks ago
My 6-year-old's teacher made her eat her lunch alone because of "the smell"
3 weeks ago
Stop giving your children 'picnics' for the journey home from school
3 weeks ago
World's best school system has gotten rid of grading, should we do the same?
1 month ago
Teachers in Ireland forced to pretend to be Catholic to get a job
Next Page