Seven childhood friends in China have purchased a mansion to retire in together, Golden Girls style.

In a video posted to YouTube from media startup Yitiao, they explained that it all began as a joke back in 2008.

“We [said that we] would get together when we were 60 and live the retired life together.”

However, the joke turned into reality when they purchased a run-down home near Guangzhou, a major city in southeastern China, and decided they were going to remodel it.

The footage, which shows off their 7,535-square-foot house, goes through all the renovations that they made to the property - and shows off its stunning new features.

The three-and-a-half story home includes a communal living and dining area, with the higher floors having individual rooms for each woman - and some spaces to relax together.

They have even built a tea pavilion in the middle of the rice paddy field, which is connected to the main house via a bamboo walkway. 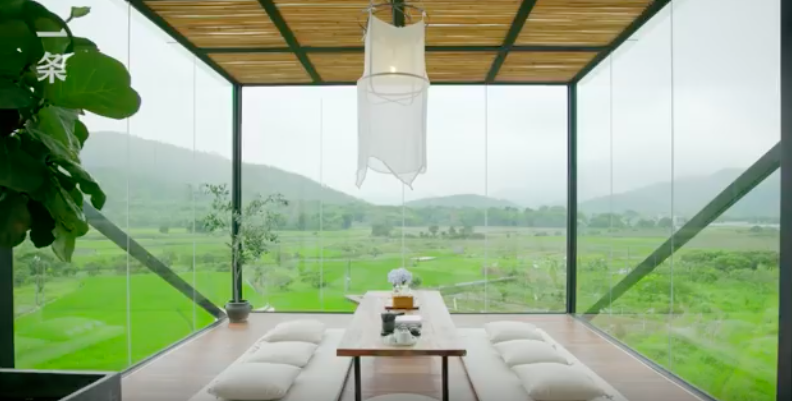 In the video, the friends explain:

“We’ll probably cook together, barbecue in the fields, sing and collect food in the village.

“We joke that each of us should practice one skill so that we won’t be lonely and fight with each other 10 years later … Some can cook beautiful food, some know traditional Chinese medicine, some play instruments and some grow vegetables.”

They added that they hope the home can keep their chosen communal family together in the future.

“Ten or 15 years later our children might have grown up, so we also hope that we can still be together in the next years.”


popular
A mini heatwave could be coming our way in September
Mum issues warning to parents over frightening Cocomelon video
Gardaí begin nationwide search for missing teenage girls Charli & Ruby McGlynn
Vogue Williams slams man who refused to swap seats with her on plane
Shows like Bluey and Peppa Pig are actually bad for kids, expert warns
Expert says Cocomelon acts "as a drug" to kids' brains
Here's where you can find school uniforms that will stand the test of time
You may also like
3 months ago
30 simple steps to simplify, de-stress, and organise your home, mind and life
3 months ago
'Coastal grandmother' is the viral 2022 fashion vibe you did not see coming
3 months ago
Dr. Doireann O’Leary on what we all need to know about SPF this summer
3 months ago
Tiny garden or balcony? 10 bargain buys to help you make the most of it this summer
4 months ago
This Y2K hairstyle is back with a bang – and I don't know how I feel
4 months ago
3 simple ways to feel full of energy (even if you didn't get enough sleep)
Next Page