Same-sex couple give birth just 13 days apart: "It's like having twins, but from different bodies"

The new mums-of-two have both a baby boy and girl.

A same-sex couple who decided to try and get pregnant around the same time have given birth within days of each other.

The couple, from Bristol in the UK, were inseminated with donor sperm six days apart and after experiencing pregnancy together, they gave birth within 13 days of each other.

Becky Ashford-Singer, 28, and wife Georgia, 27, are mothers-of-two since the babies were born mere weeks ago. Becky gave birth to baby girl Willow on April 11 and little Woody, a boy, was born to Georgia on April 24.

The pair married in September 2019 and began looking into sperm donors via fertility clinics.

The one they ultimately conceived with was met through a Facebook group. He asked for updates when the babies were born, but does not wish to be involved.

The couple, who didn't care what the donor looked like as long as he had a high sperm count, no STDs and no history of family illness, say they will always be grateful to the man who allowed them to start their family.

END_OF_DOCUMENT_TOKEN_TO_BE_REPLACED

"Becky found out she was pregnant first. She was five days late and the test came back pregnant on the Wednesday," Georgia told the Daily Mail. "We were so wrapped up in her being pregnant that we hadn't actually realised I felt different too.

"I did a test first thing on the Sunday morning before I went to work and I remember leaving it on the kitchen side and thinking 'I'm pretty sure that looks like two lines.'" 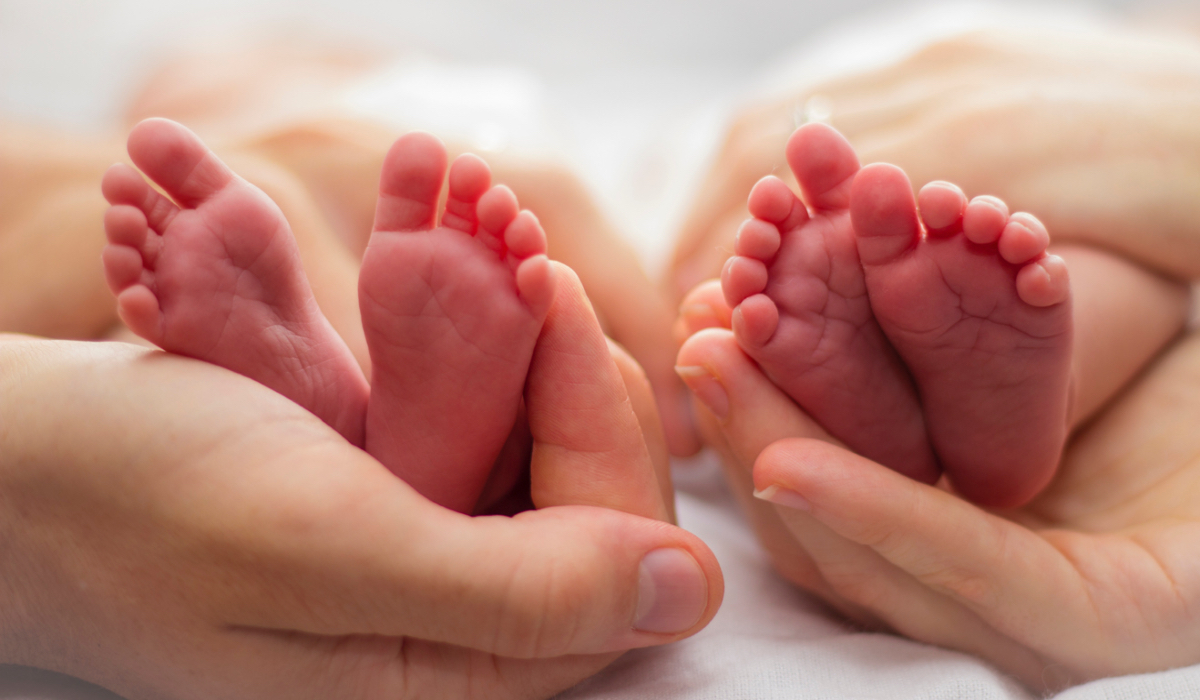 "Everything about it freaked me out to be honest but when we got it into our heads that it was actually happening we were quite excited," Becky added. "We'd get maternity together, they'd always have a close sibling, they will start school together.

"...It was kind of like having twins, just from different bodies."

The couple are now on maternity leave together as they experience double the joys that come with newborns, including many a sleepless night.