As the heatwave continues in the UK, Worried passers-by broke into a hot car outside a supermarket to free a baby left inside.

The two-month-old was spotted in the parked car outside an Asda store in Barnes Hill, Birmingham on Thursday afternoon.

With temperatures reaching 30C and the infant's guardians nowhere to be found, shoppers made the decision to force their way into the car with the help of some of the store's staff. 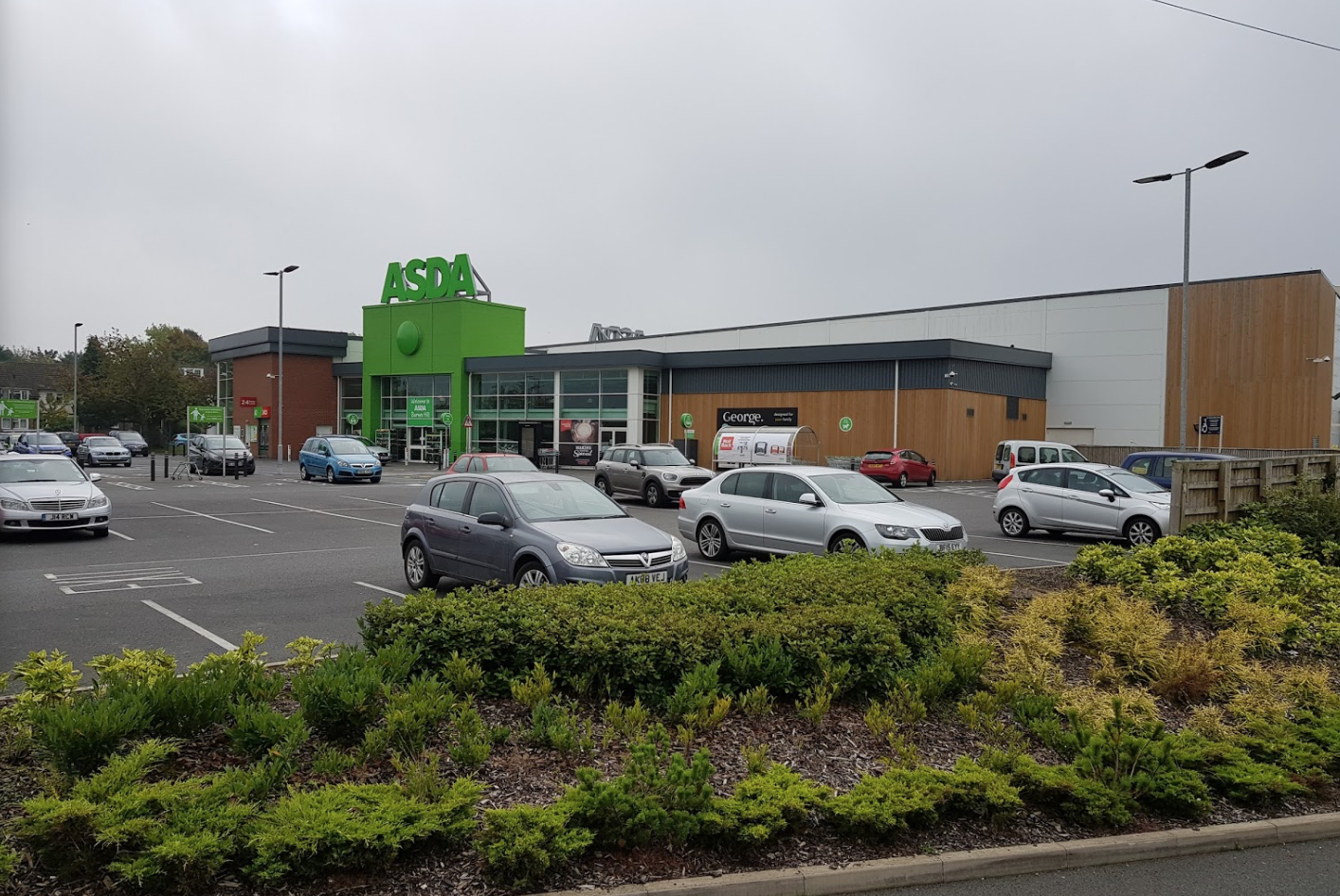 The little boy was freed and brought inside the shop by a security guard to be cooled down, reports The Birmingham Mail.

Emergency services were called and the baby was checked over by paramedics.

He was taken to hospital as a precaution.

Police said they spoke to his parent about the incident.

"The parent of the baby have been spoken to and appropriate measures have been put in place to ensure the child is not at any risk," said West Midlands Police.

One of the members of the public who helped to rescue the baby took to Facebook to share her anger at the child's mother for leaving him in the car. 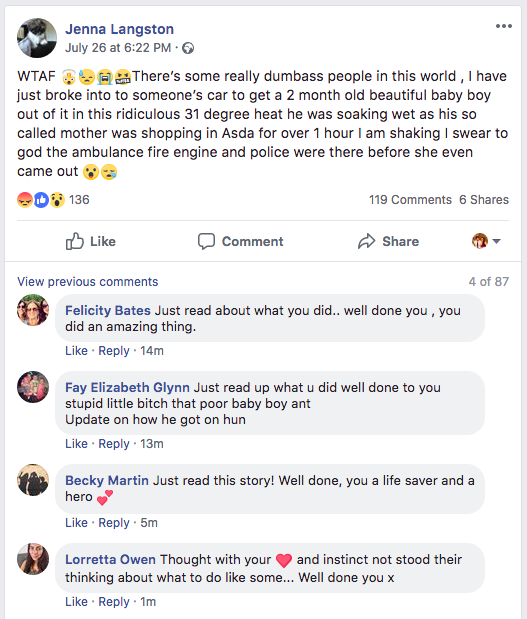 "He was soaking wet as his so called mother was shopping in Asda for over one hour," wrote Jenna Langston in a post.

"I swear to God the ambulance, fire engine and police were there before she even came out."


popular
"The worst thing was finding her": Family of Santina Cawley pay tribute to toddler
Warning to parents about unknown hepatitis strain as death toll rises
We named our daughter after her grandmother but fear she will be bullied over unique name
Downton Abbey's Allen Leech reveals second child's gender in the cutest way
Karen Harrington found guilty of murdering toddler Santina Cawley
Saoirse Ruane's mum says her daughter has a tumour in her lung
"Where are your kids?" Kourtney Kardashian hit with backlash over her wedding
You may also like
1 hour ago
12-year-old Ava White begged friends not to leave her after stabbing
2 hours ago
Husband thinks wife is weird for doing something most of us have done
2 hours ago
Bridgerton fans think they've figured out Kanthony's season 3 storyline
3 hours ago
Warning to parents about unknown hepatitis strain as death toll rises
4 hours ago
Hundreds of childcare providers to close their doors next year
6 hours ago
According to research, second-born children cause the most trouble
Next Page