Ireland has some of the most expensive childcare fees in all of Europe.

Many families are currently paying the equivalent of more than a second mortgage or rent for childcare, and earlier this week, the Minister for Children vowed to “substantially cut” the cost of childcare for all parents in the upcoming Budget.

However, Sinn Féin wants to go even further, and yesterday announced plans to slash childcare fees by two-thirds for all parents over the next two budgets.

The party launched its universal proposals to subsidise childcare through a €270 million investment, and Sinn Féin TD Pearse Doherty revealed they can cut fees by providing significant additional funding to the sector in exchange for the providers reducing fees by two-thirds.

Speaking at the announcement, Doherty said the proposal was “in the gift of the Government”.

“Many parents, especially women, are forced out of the workforce as they struggle to afford to go back to work due to these crippling costs,” he told the Dáil.

“We can cut childcare fees so that they are affordable for the many families who are currently fleeced and this can be done by providing significant additional funding to the sector in exchange for the providers cutting fees."

“We all know people who are struggling to access a childcare place or to keep up with the fees," Kathleen Funchion, the party’s spokeswoman on childcare, told Breakingnews.ie:

“It particularly affects women, and a lot of women are being locked out of the workforce. We want to see fees reduced by two-thirds over two budgets and we want to start that in September as we think it is really important to start that as soon as possible so parents can see a real difference in fees." 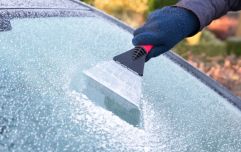 END_OF_DOCUMENT_TOKEN_TO_BE_REPLACED

“We know annually, parents spend 400 million euro on fees, so to reduce that by two-thirds will cost 270 million and that’s what our proposal will do, it will directly put that public investment into the sector so that fees are reduced.

Funchion explains that part of the problem is that over the past five years, 799 childcare facilities have closed, the vast majority due to staffing issues.

“Highly skilled staff are struggling financially to remain in jobs that they love and services are equally under enormous financial pressure to remain viable, so the system is broken," Doherty said in the Dail.

"Our proposals would cut fees for parents, but also ensure that providers receive crucial funding to invest in their services. It would also ensure fair pay for a highly educated workforce."

“Families simply can’t keep waiting for this government to take this crisis seriously and it’s time to cut childcare fees and to cut them by two-thirds.”

popular
Elf on the Shelf is actually pretty bad for your kids, according to an expert
Expert says Cocomelon acts "as a drug" to kids' brains
"Hard to be a parent": Made In Chelsea's Maeva D’Ascanio rushes newborn son to A&E
The release date for season 12 of Call The Midwife has been announced
Shows like Bluey and Peppa Pig are actually bad for kids, expert warns
9 baby girl names inspired by Christmas carols
HSE advises children with cough or sore throat and fever to stay home
You may also like
3 days ago
It could snow in Ireland this week, according to Met Éireann
1 week ago
Radio station to remove homophobic slur from Fairytale of New York
1 week ago
Mysterious clumps in Christmas tree should be removed immediately
2 weeks ago
Man who exposed Jimmy Saville has a new theory about Madeleine McCann's disappearance
3 weeks ago
Spencer Matthews to climb Everest in bid to find brother's body
3 weeks ago
David Walliams could be removed from Britain's Got Talent following 'offensive' remarks
Next Page