"...they had been hired within the past two months and were not properly trained"

Wongel Estifanos was just six-years-old when she fell 110ft from a fairground ride at Glenwood Caverns Adventure Park in Colorado and tragically died.

It has transpired that the girl was sitting on the seatbelts instead of wearing them, a report concluded this week.

The investigation revealed that ride operators did not prepare the seatbelts before allowing passengers to be seated.

Wongel died from blunt force injuries after she was ejected from her seat on the Haunted Mine Ride at Glenwood Caverns Adventure Park in Glenwood Springs, during a family holiday over the US Labor Day weekend.

The report found that her death was “the result of multiple operator errors, including the failure to make sure that the child was restrained." State investigators said the child was sitting on top of two seat belts previously buckled on the ride, instead of wearing them.

They added that operators failed to pay attention to an alarm system warning them of the issue because they had been hired within the past two months and were not properly trained. Instead, one of the workers reset the system and began to dispatch the ride. 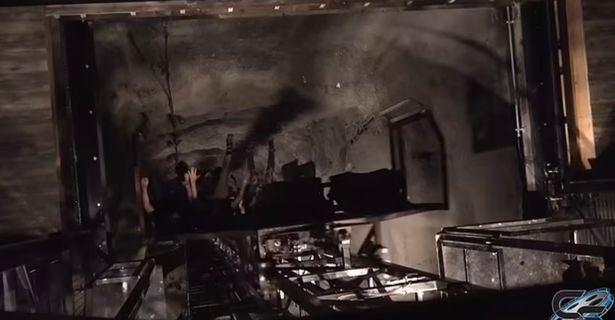 END_OF_DOCUMENT_TOKEN_TO_BE_REPLACED

The ride, called The Haunted Mine Drop, plunges riders about 110ft down into a mineshaft in a “gravity freefall”.

The statement concluded: “Wongel’s parents are determined to do everything in their power to make sure that no one ever dies this way again.


popular
Parents with different surnames are being asked to carry their child's birth cert to travel but is it legal?
Blake Lively slams paparazzi for sharing 'disturbing' images of her daughters
Young woman suffers "life-changing injuries" after being hit in face with firework in Galway
Imelda May furious over harmful "don't get spiked" message
Pippa O'Connor and Brian Ormond welcome their third child together
5 great pumpkin patches around Ireland to bring the kids to this month
DIY: How to transform your old trampoline into a super-cosy 'summer hideout'
You may also like
2 days ago
School Run News: Tony Holohan urges parents to stop sending symptomatic kids to school
2 days ago
Mum angered after shop worker takes her child out of shopping trolley
2 days ago
14-year-old boys charged for allegedly launching lit firework at baby in pram
2 days ago
Support for Tilly Ramsay after she's branded "chubby little thing" by radio presenter
2 days ago
Toddler saved from dangling out of 4-storey window
2 days ago
Blake Lively slams paparazzi for sharing 'disturbing' images of her daughters
Next Page