"A flat rejection of ALL of our concerns.”

Vicky Phelan has criticised the proposed establishment of a CervicalCheck tribunal, stating that women's concerns are being ignored.

Members of the 221+ Cervical Cancer Patient Support Group who were directly affected by the CervicalCheck scandal have said that they were not given the opportunity to respond to the government's decision to set up a tribunal, two years after it had first been announced.

Minister for Health Stephen Donnelly went to Cabinet earlier this week with the intention of setting up the tribunal into the State's failures concerning the controversy, which led to at least 221 women receiving false negative smear results, and multiple deaths.

CervicalCheck campaigner Vicky Phelan has since criticised the move, stating that the announcement did not address several issues the group had previously raised.

“We met the Minister and officials from [the Department of Health] on a Zoom meeting just six weeks ago," she said on Twitter.

“We set out several aspects of the proposed Tribunal that were causing us, and our members, serious concern. The Minister’s response yesterday is a flat rejection of ALL of our concerns."

These concerns include the addition of laboratories in the tribunal, the statute of limitations, and women who experience a cancer recurrence. 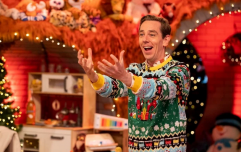 END_OF_DOCUMENT_TOKEN_TO_BE_REPLACED

"We had been given [sic] to believe that it was the needs of the women and families affected by the CervicalCheck debacle," she said, "and NOT those of the [the HSE] and the labs that were to come first in the Government's response to the terrible wrongs visited upon our members."

Phelan later told RTÉ's Morning Ireland that the news felt like "a slap in the face" and that such a tribunal would not be "fit for purpose."

“I’m really weary at this stage from all the fighting,” she said. “I thought the tribunal was a good outcome for women and families.”

Minister Donnelly has said he wants to meet with members of the 221+ group over the coming days.


popular
5 reasons having a son is the best (even if you were hoping for a girl)
This ingenious hack to clean your washing machine is an absolute game changer
If you weren't able to get a PS5 here are 3 ways to soften the blow for your child
This GENIUS Product Is Perfect For Babyproofing Your Christmas Tree (And It's Made In Ireland)
Can you pronouce these 7 'unique' baby names? They're trickier than you think
QUIZ: How well can you remember the movie Elf?
Listeners in tears as Ryan Tubridy shares letter from grieving 11-year-old
You may also like
2 days ago
100,000 children in Ireland go to bed hungry, warns youth charity
3 days ago
Students in Carlow school told wearing tight PE clothes "distracting" for staff
3 days ago
Hope Over Silence: Pieta House encourages people to reach out this Christmas
4 days ago
Ice bucket challenge co-founder dies, aged 37
5 days ago
Kate Middleton and Prince William's dog, Lupo, has passed away
6 days ago
Specsavers launches children’s writing competition to 'give people something to smile about'
Next Page