Stacey Solomon is a very familiar face to viewers of Loose Women, regularly appearing on the TV panel to share her thoughts.

However, many viewers hardly recognised her today when she took her seat on the show looking totally different.

Viewers were convinced Christine Lampard had returned from maternity leave early today when Stacey appeared with a new dark ‘do.

#LooseWomen @ITV1 I thought I saw Christine Lampard on the panel! It's Stacey with black hair!! She looks very like her

Yes, the former blonde has gone to the dark side and we love it on her.

But for Stacey, it’s taking a little getting used to.

“I’m still getting used to it,” she said on the show.

“I’ve bleached my hair for 10 years, so I can’t do it anymore. I’ve gone back to my natural colour.”

“It ruins it, I would love to have my natural hair back.” 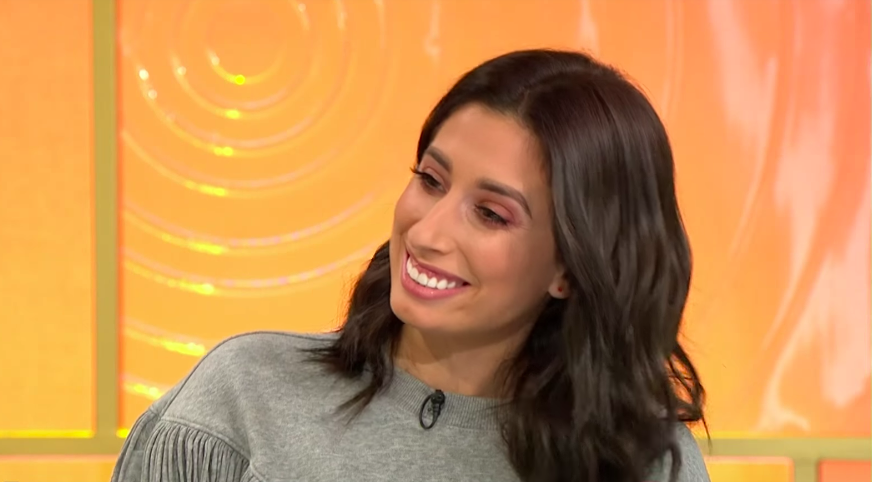 What pushed Stacey to make the change? Well, it was actually longtime boyfriend Joe Swash leaving the country to start rehearsal for I’m A Celeb.

“Joe went to the jungle on Thursday, so I did it after he went.

"I thought I will let him go and then dramatically change myself.”

But it seems like Joe was slow to notice the change and struggled to figure out what Stacey had done to her hair.


popular
The 30 baby names that are going to be super popular in 10 years time
Lockdown babies: Parents are opting for some very unique pandemic baby names
Kourtney Kardashian admits bed-sharing is her secret to getting enough sleep
Summer reading: 10 seriously great books to pack in your staycation suitcase
Tale as old as time - twelve baby girl names inspired by literature
Getting Outdoors: 8 Of The Best Waterparks Around Ireland
14 super sweet and short Icelandic names perfect for baby girls
You may also like
10 months ago
'Life is about to get even better': Ashley Graham is pregnant with her first baby
1 year ago
This is the ONE product Blake Lively relies on for her glowing complexion
1 year ago
Here's how much weight the I'm A Celeb campmates have lost in the jungle
1 year ago
We LOVED Holly's €370 dress on I'm A Celeb last night (and we've found a €30 dupe!)
1 year ago
Harry Redknapp's wife Sandra is seriously missing him while he's on I'm A Celeb
1 year ago
Here's how I'm A Celeb viewers thought Holly Willoughby did after her first show
Next Page