We need more people like this in the world.

A Good Samaritan rescued a mum who was trying to steal milk and nappies from Tesco.

The desperate woman stole milk and nappies from the supermarket, but one woman helped the mum out.

Sophie Marie Bennett revealed that she stepped in and paid for the items.

It was evident that the mum was struggling.

She wrote, "Just saw a woman getting caught stealing pampers and baby milk in Tesco. I paid for it.

Just saw a woman getting caught stealing pampers and baby milk in Tesco. I paid for it. If you’re having to steal baby milk and Tesco brand pampers at 8:15am, you defo had a hard night. She cried, and just said thank you over and over again.

"If you’re having to steal baby milk and Tesco brand pampers at 8:15 am, you defo had a hard night."

She said the woman was extremely emotional after her kind gesture. 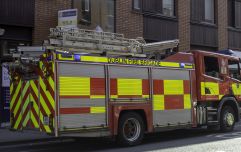 END_OF_DOCUMENT_TOKEN_TO_BE_REPLACED

"She cried, and just said thank you over and over again."

One woman said, "I caught a woman stealing hot dogs, buns, chips, and juice. I wasn’t about to send her to jail for trying to feed her family. She told me she had 3 kids at home and was a teacher. I let her go and paid for the groceries."

"As an ex-retail worker seeing mums stealing to help their families was so sad."

"Mothers tipping purses out to find pennies to cover milk and cereals and putting back the bananas broke my heart. Thank goodness for kind people."

"Community matters, give till it hurts," one said.

We couldn't agree more. This world would be a much better place if people were kinder.

Too many people are struggling to put food on the table, we all need to do our best to help support them. Selfless acts like this matter more than you realise.

We'll be making an active effort to be more like Sophie.

popular
Andrew McGinley honours his children on their third anniversary
Gaz Beadle reveals his wife Emma McVey is undergoing heart surgery
Infant boy dies in tragic accident in West Cork
Expert says Cocomelon acts "as a drug" to kids' brains
Mum who lost baby after home birth claims maternity hospital failed to share medical details
Irish woman accuses Conor McGregor of kicking her in the stomach on his yacht
Barry Keoghan dedicates Oscar nomination to his baby son
You may also like
2 weeks ago
Meath Gardaí hailed heroes after saving 3-month-old baby girl's life
1 month ago
Saoibh from the Toy Show has recorded her song Raining Rainbows
7 months ago
Young boy found alive after being trapped in well for four days
7 months ago
"The best outcome": Saoirse Ruane's cancer surgery was a success
9 months ago
This shop is offering free Communion dresses to families who are struggling financially
9 months ago
Viewers in tears after last night's emotional episode of DIY SOS
Next Page