According to a new UK survey, more than half of primary school teachers have reported 'disturbing' sexual harassment of pupils in the past year.

A third (33 percent) of the teachers polled said they were aware of incidents such as verbal sexual harassment including cat-calling and wolf-whistling and the sharing of pornography. And a recurring theme highlighted by teachers was the sexualised language being used by some young children.

In fact, according to the survey, it turns out that children as young as EIGHT are subjected to 'disturbing' sexual harassment and violence from classmates.

TikTok and gaming to blame

This behaviour, the report concludes, and the highly sexualised language being used, these children are likely to have learned from social media and gaming.

Discussing the issue on Good Morning Britain earlier this week, presenter Susanna Reid said it was understood teachers had reported they 'do not feel equipped to deal with what is going on at schools.'

Also on the show was headteacher Ges Smith, who told Reid he was actually surprised the numbers weren't even higher and blamed access to social media and gaming.

'It's a hugely concerning issue for all headteachers.'

On sexual harassment in schools, headteacher Ges Smith believes one of the major contributing factors is the change to 'young people's access to social media' and the impact it has had on their lives. pic.twitter.com/yoViDmsgOL Link between Covid-19 and stillbirth confirmed by major Irish study

END_OF_DOCUMENT_TOKEN_TO_BE_REPLACED

'It's a hugely concerning issue for all headteachers across the country and it's an issue that we have to deal with.

'I was quite surprised that the numbers weren't even higher to some extent.

'I think we have to look very carefully at the context and the cause and the intervention and the responsibility.

'For me, one of the contributing factors that we've had is young people's access to social media, to games, to song lyrics, to all the things that influence their lives and having a skewing effect on what they consider to be normal and healthy relationships.

'We have to look at our responsibilities in schools but also the wider communities and how we can support the victims and how perpetrators are punished, but also to make sure we're educating our young people to respect.'

Lack of parental supervision on screen time during lockdown

Geoff Barton, general secretary of the Association of School and College Leaders told the TES the survey has raised questions over parents' supervision of social media during lockdown. 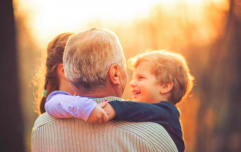 END_OF_DOCUMENT_TOKEN_TO_BE_REPLACED

'We are extremely concerned about the findings of this survey and also about the horrific testimonies posted on the Everyone’s Invited website that clearly show there is more work to be done in tackling sexual harassment and sexual violence.

'It is particularly disturbing to hear of incidents involving primary school children because of the age and vulnerability of these young people, and this inevitably raises questions over how they have been impacted by lockdowns and the ability of their parents to support and supervise them while juggling family and work responsibilities.'

The Tes survey, created to gauge the profession's views and experiences of sexual harassment in schools after the allegations uncovered by the website Everyone's Invited, gathered 547 responses from primary school staff.

Again – this is primary school we are talking about.

Another teacher observed 'huge amounts of sexualised language used by children...Can only have been repeated from being heard elsewhere – likely culprits being internet and apps such as TikTok.'


popular
Baby clothes from Shein and AliExpress have dangerous levels of harmful chemicals
Inside Prince William and Kate's beautiful new home in Windsor
14-year-old boy drowns at hotel in Turkey after family wedding
Should schools consider introducing a three-day week?
Expert says Cocomelon acts "as a drug" to kids' brains
Jacques O'Neill speaks out about Paige and Adam's relationship
Shows like Bluey and Peppa Pig are actually bad for kids, expert warns
You may also like
2 weeks ago
Bottle-fed babies are ingesting 'millions' of microplastic particles daily, study finds
3 weeks ago
Mums are sleep deprived for six years after having a baby – and yet dads are not
1 month ago
Toddlers are happier with fewer toys, study finds
1 month ago
This is what new parents in Ireland think is the hardest part
1 month ago
Looking after grandkids can add 5 years to grandparents' lives
2 months ago
New parents will have more than 2,500 arguments in the first year of their baby’s life
Next Page