"I am embarrassed to say that because I came home, I have shortened my life."

A terminally ill woman who came home to Ireland for the final stage of her life has said that she is "appalled" by the Irish healthcare system.

Meabh Feerick, who is from Ballinrobe, was living and working in Sydney Australia, where she was also raising her three-year-old son. Then, last December, she was diagnosed with an advanced and aggressive form of skin cancer.

While she underwent extensive head and neck surgery, and a hip replacement, her condition worsened when doctors discovered that her immunotherapy treatment was not having the results they were hoping for.

A GoFundMe page was subsequently set up to help her travel home to Ireland with her son.

She is now currently being cared for at a hospice in Castlebar.

Ms Feerick has spoken out about her experience with the Irish healthcare system since coming home.

In an interview with Western People, Meabh said: "I brought all my files, scans, etc home on a USB with all the information from my doctors in Australia. However, when I brought them to doctors here, they couldn’t read them or access them because of the Cyberattack on the HSE.

"As a result I had to have all the scans and x-rays done again but I was told this would take six to eight weeks. For someone with my diagnosis, this was devastating. There was such a backlog in the system, there was no room for me to be booked in for tests and scans. 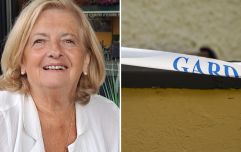 END_OF_DOCUMENT_TOKEN_TO_BE_REPLACED

"The whole thing was really scary and we kept hitting brick walls."

Ms Feerick also addressed the impact the lack of resources is having on patients.

She said: "There are no resources and no staff. One nurse in Ireland is doing the job of five nurses in Australia. The system is shocking because budgets are so low. The whole thing is poorly run and so inefficient with nobody being held accountable.”

She added that, despite the severity of her illness, she kept facing delays in appointments, scans and treatments.

"I am disgusted and appalled to see that the system in our small country is so bad. If I had stayed in Australia, I would have had better options. I am embarrassed to say that because I came home, I have shortened my life."