The bodies were left undiscovered for a "considerable" amount of time.

The bodies of an elderly couple found in Tipperary lay undiscovered for at least a year, Gardaí confirmed.

The man and woman, aged in their late 70s, were discovered at a bungalow in Cloneen, Tipperary.

Their residence is located just 4km outside of Cloneen village.

Gardaí believe they had been dead for a considerable period of time.

The bodies had been there for so long that they will need dental records to formally identify the deceased.

It is believed the couple was originally from England.

Gardaí made the discovery shortly after 4 pm on June 20th.

Locals believed the man and woman had moved away during the pandemic.

They told Gardaí that they had not seen the couple since 2020. 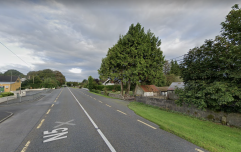 Woman found on Mayo road was not involved in car accident

END_OF_DOCUMENT_TOKEN_TO_BE_REPLACED

Neighbours alerted Gardaí after they grew concerned about the couple.

A source told The Irish Mirror, "The bodies could have been there for a long, long time."

"Some neighbours thought they had moved away but sadly that wasn’t the case."

When Gardaí entered the home, they found the couple's bodies.

They had reportedly been living in the area for a couple of years.

Locals said they kept to themselves, but would say hello to the couple.

They also said the pair were not close to locals.

Post-mortem examinations will now take place on their bodies.

popular
Couple, both 100, die holding hands just hours apart after being married for almost 80 years
The government has launched a new funding model for Irish childcare services
Kourtney Kardashian gives huge update about stopping her IVF journey 10 months on
"Hard to be a parent": Made In Chelsea's Maeva D’Ascanio rushes newborn son to A&E
The release date for season 12 of Call The Midwife has been announced
Derry Girls star is the latest to head onto Dancing With The Stars
Here's your chance to WIN a €500 toy voucher just in time for Christmas, with Petits Filous
You may also like
2 months ago
Five children rescued from van in Cork as driver is arrested
3 months ago
Fiona Pender murder suspect could return to Ireland
4 months ago
Major concerns for welfare of 57-year-old woman missing since June
4 months ago
Gardaí travel to France to find new suspect in Sophie Toscan du Plantier case
5 months ago
Gardaí extremely concerned for welfare of missing 41-year-old man
5 months ago
Gardaí concerned for welfare of missing 35-year-old woman
Next Page