Toddler left screaming from being scalded by tub of KFC gravy

The mum was shocked the gravy was still hot enough to cause the damage it did by the time they brought it home.

A UK toddler was left screaming crying in agony after being scalded by a tub of KFC gravy from a takeaway, her mum has revealed.

Ella Pau, 18 months, suffered severe burns to the face, fingers, arm and legs after gravy from the fast food restaurant on East Prescot Road in Liverpool spilled onto her skin.

Mum Jade, 23, said her friend brought the takeaway over to her house in June and that Ella quickly "put her hand into the bag and when she pulled her hand out she actually had hold of the gravy."

"The rest of the lid flipped back at her as she picked it up and gravy flicked onto her face," she told the Liverpool Echo. "And before I knew it, it was all down her. It was all over her arms, mainly her right arm, and because she was on the couch it pooled between her legs."

Jade added she had "never heard screams like it in her life."

"I picked her up and straight away steam was coming off her skin, so I just grabbed hold of her and took her straight into the shower," she continued.

"I was undressing her at the same time as showering her, I was going over her face and down onto her arms with the water.

"The worst thing about it was as the water was going onto her skin the colour of the gravy was disappearing but the oil was still sticking to her skin. 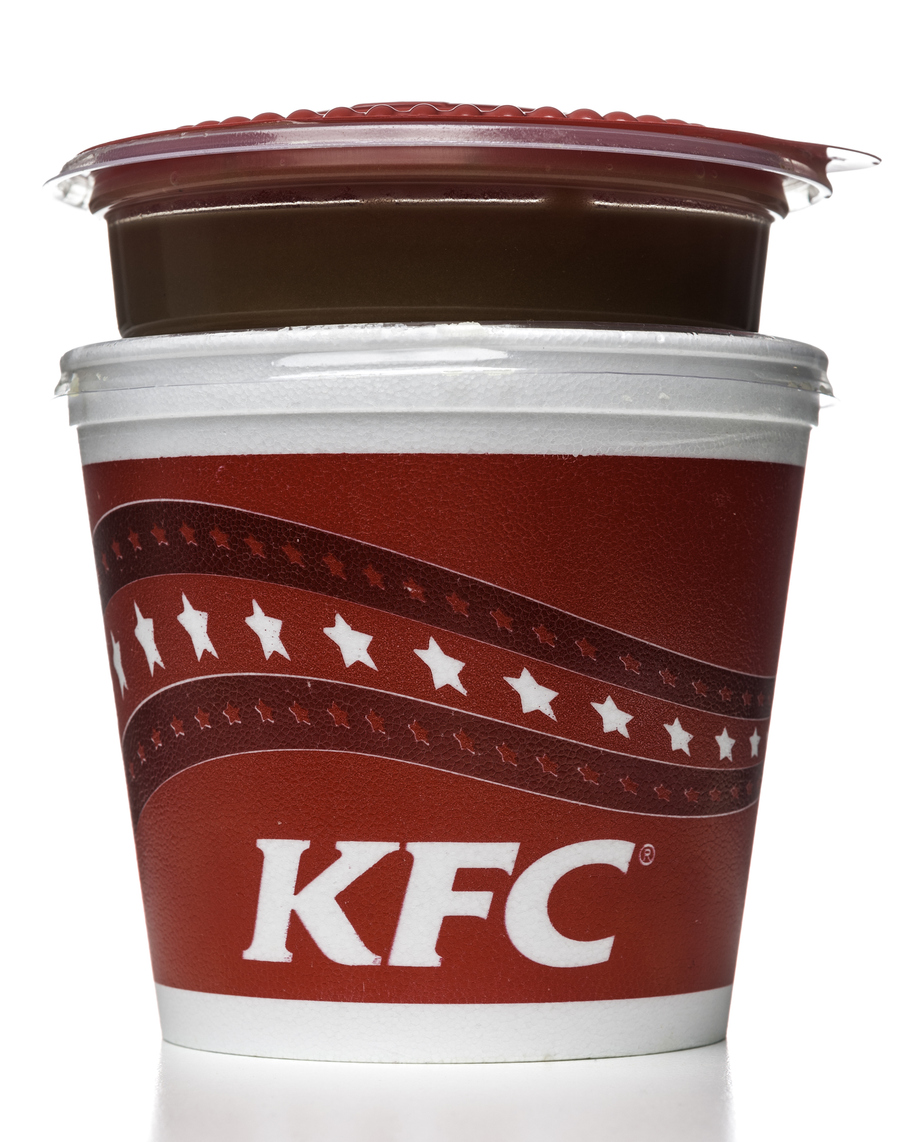 END_OF_DOCUMENT_TOKEN_TO_BE_REPLACED

"When I was taking her shorts off I could see her legs and the skin had started to bubble. Her legs were the worst at that point because they were the last to get water."

She then rushed her to A&E, where she was taken straight to the burns unit and given a cold bath before spending the night.

The next day, the child was discharged from hospital but went into toxic shock.

Jade said: "She came home and she was fine, she was made up to be home and then around 12 o' clock I noticed she was breathing funny.

"I felt her head and she was roasting hot and then she turned slightly and I could see her back was full of sweat.

Jade rushed Ella back to the hospital and she was hooked up to an IV drip. Doctors said she was displaying the signs of toxic shock.

The toddler spent a further five days in hospital before she was released.

Since the incident, Jade said she has paid visit to the restaurant and contacted the chain in a bid to stop the same thing from happening to anyone else.

"I said to them if anything comes out of this I'd like them to assess the temperature that they've got the gravy at and anything they can do to stop the gravy from opening so easily," she said.

The mum added that Ella has been left with scars on her legs and still has to apply cream three times a day.

"She's scarred for life now. To think that she's got to live with that now and it's all because of gravy that came from a restaurant, it seems a bit silly - it doesn't need to happen."


popular
"You're disgusting": Prince William roars at photographer who was 'stalking' his family
Fashion expert tells mothers what to wear on school run to not look 'old and frumpy'
6 fun things to do in Dublin on your next family day out
Mum slated for letting kids stay up late at sleepover- was she wrong?
Sharon Stone reveals she experienced nine miscarriages
TV drama about Maxine Carr is currently in the works
Woman (50s) dies after falling into water at Dún Laoghaire pier
You may also like
4 hours ago
19-year-old in critical condition after severe car accident in Cork
19 hours ago
Children wearing wrong-sized shoes and pyjamas in daytime as parents cut costs
2 days ago
Abortions at record high – with cost of living and job insecurity partly to blame
3 days ago
Irish Cancer Society launches campaign for deferred maternity leave for cancer patients
4 days ago
Gardaí investigating serious shooting incident in Dublin
5 days ago
Robb Elementary school to be demolished in the wake of recent shooting
Next Page