"Royals aren't to be touched"

Tom Cruise has been called out over acting inappropriately around The Duchess of Cambridge.

Kate Middleton and her husband Prince William met the actor at the London premiere of Top Gun: Maverick.

The Cambridges were introduced to the actor on the red carpet.

When they were walking up a flight of stairs, Tom Cruise offered to assist the Duchess.

He held her hand as she walked up the steps.

Many thought it was very classy of him, however, royal fans are calling him out for breaking protocol. 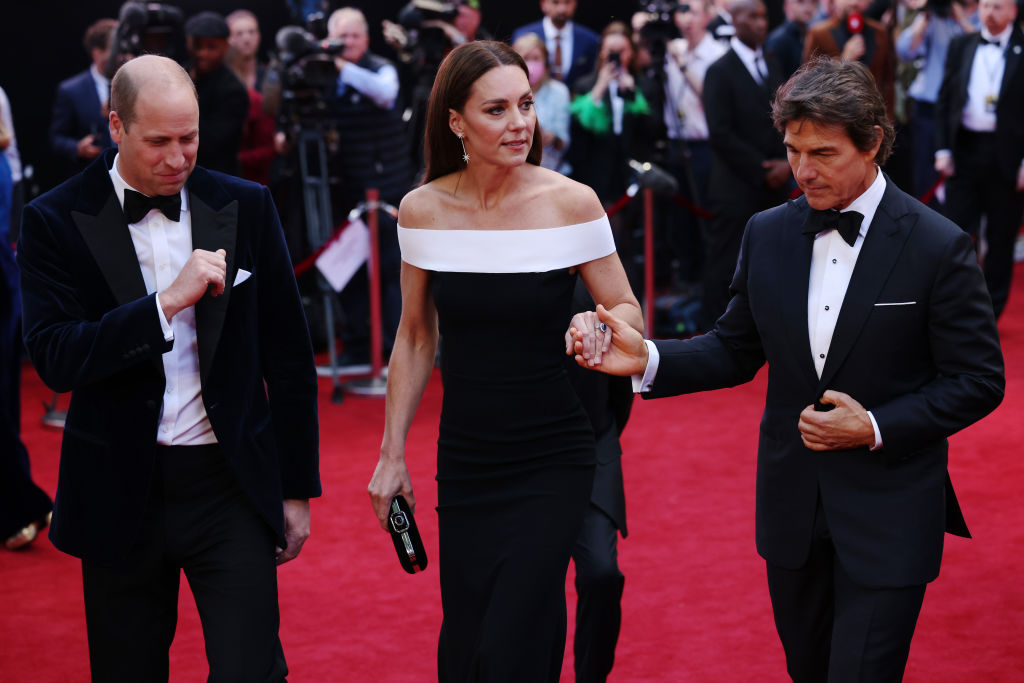 Apparently, the Top Gun star was in the wrong for touching a member of the royal family's hand.

One fan said, "I'm embarrassed for Tom Cruise. I thought it was inappropriate for anyone to touch (or offer) someone whose spouse is, like, right there!?"

"Catherine also looks uncomfortable, not swooning at all."

"Kate Middleton then immediately switched her clutch so he didn’t touch her again as she went up the next set of stairs like a total boss royal who wasn’t going to be touched by Tom Cruise," another shared.

One pointed out, "Her face is mortified - she reluctantly accepts, then switches.

"Royals aren’t to be touched. Kate is traditional and conservative in many ways, she clearly didn’t like it. Wills couldn’t take her hand because of the clutch," said another.

"How dare he touch HRH!" another said.

Are these fans overreacting? It feels like we've just traveled back in time to the 1800s.