The Traveller community is said to be devastated after two children died by suicide within two weeks of each other.

Both of the children were aged under 16.

According to reports, both the boy and girl died by suicide.

The young girl was from the Midlands and the boy was from Dublin.

Their families are understandably heartbroken by the tragic losses.

Speaking about the tragedy, Martin Collins of Pavee Point said more needs to be done to support Traveller's mental health.

He said the deaths have rocked the Traveller community.

People are now feeling hopeless, as well as outraged.

In an interview with The Irish Mirror, he said the community is experiencing a mental health crisis. 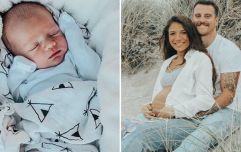 END_OF_DOCUMENT_TOKEN_TO_BE_REPLACED

But nothing is being done to support them, despite the increasing suicide rates.

“People are really upset and there is just a feeling of despair and helplessness."

"They also feel hopeless because this is an ongoing issue of many.”

Attempted suicide rates have also increased, even in younger people which is a major concern.

Earlier this month, it was revealed that Traveller children as young as 12 were dying by suicide.

A protest was held outside the Dail to highlight the struggles they are currently facing.

However, little has been done to support them.

They called on the government to implement a standalone mental health strategy for travellers.

She also said that travellers are the most ill-treated people in society.


popular
I tried 'slow parenting' for a year and I'm never going back
Parent's Benefit Leave extended from today - here's what you need to know
"You're disgusting": Prince William roars at photographer who was 'stalking' his family
Your child's developmental checks and what you can expect during them
6 fun things to do in Dublin on your next family day out
Vicky Phelan shares message of support with Charlie Bird as she deals with pain
Children wearing wrong-sized shoes and pyjamas in daytime as parents cut costs
You may also like
2 years ago
16-year-old UK teen takes his own life after bullies pick on him for being gay
3 years ago
UK minister calls for more responsibility from social media platforms after teenager takes her own life
3 years ago
Instagram 'helped kill my daughter', says dad of 14-year-old
3 years ago
Eir to launch cyber-bullying information leaflet in memory of Nicole Fox
3 years ago
A new study suggests '13 Reasons Why' could have a detrimental effect on troubled young people
3 years ago
Secondary school teachers to be given training on dealing with suicide
Next Page