A huge earthquake with a magnitude of 7.5 and depth of 16km has struck the Canterbury region of New Zealand.

Damage has been reported in locations across the country and the quake was strongest in Christchurch, Wellington, Nelson, Marlborough, Taranaki, Hamilton and Auckland. 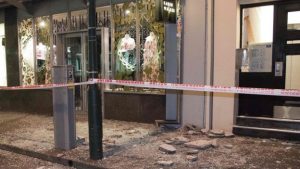 The earthquake occurred just after midnight and the country's Civil Defence almost immediately issued a tsunami warning asking people in low-lying coastal areas to move inland or get to higher ground. People were asked to stay away from the water and off beaches.

END_OF_DOCUMENT_TOKEN_TO_BE_REPLACED

The quake was felt widely throughout both the South and North Islands, and has caused severe damage in some places. Power is reported to be out in several New Zealand towns and cities.

The BBC is reporting early tsunami activity on the north-eastern coast, where officials have said that the first waves may not be the largest, with tsunami activity possible for several more hours.

popular
Bride asks for divorce day after wedding following groom's disrespectful cake stunt
Police believe they know what happened to missing dog walker Nicola Bulley
Entrepreneur schoolboy has made £1,000 from selling sweets
Students given £500 after uni was unable to give them their degree certificates at graduation
Couple decide to live on cruise ship permanently after finding it's cheaper than paying mortgage
Molly-Mae's nursery leads to spike in demands for replicas
Bachelor Nation star Sarah Herron's baby passes away shortly after birth
You may also like
5 days ago
16-year-old boy appears in court following murder of teenage girl
1 week ago
What is chroming? Mum issues warning after daughter dies from dangerous trend
1 week ago
10-year-old boy stable after being struck by lightning
1 week ago
Fundraiser launched for dad who died trying to save daughter from drowning
2 weeks ago
Schoolboy charged after throwing brick through bus window and injuring baby
2 weeks ago
Food regulator chief compares harm of bringing cake into offices to passive smoking
Next Page