"This programme is a wake up call for everyone."

The CEO of National Childhood Network has slammed what she called “the abuse” of children at Hyde and Seek creches and said that it should be a “wake up call” for all parties involved in childcare.

Last night, RTÉ Investigates – Creches, Behind Closed Doors looked into the conditions of three of the company’s branches in Shaw Street, Glasnevin and Tolka Road.

After a number of parents had raised concerns about the standards of childcare at the chain with RTÉ, the national broadcaster sent undercover researchers - who were both trained and Garda vetted – to work at two of the locations. There, they recorded instances of shocking treatment of children, coupled with multiple breaches of Tulsa regulations covering fire safety, adult to child ratios and more.

Responding to a question from Her, Denise McCormilla, CEO of National Childhood Network issued a lengthy statement condemning the actions of Hyde and Seek.

She said: "As a quality support agency for the early years and school age childcare sector, National Childhood Network condemns in the strongest possible terms the abuse of children witnessed on RTÉ Investigates – Crèches, Behind Closed Doors.”

The National Childhood Network is an organisation that works to provide support for the early childhood sector, in areas such as education and wellbeing. The Network exists to look at the quality of services given to children in Ireland and what can be done in order to improve them.

"A number of questions need to be asked of the many different stakeholders all of whom, including our own organisation have collective responsibility for the care and welfare of children in early years’ settings.

Child neglect charges to be dropped for drink-driving mum

END_OF_DOCUMENT_TOKEN_TO_BE_REPLACED

1. Why was someone with serious convictions in the past allowed to continue to deliver and expand her services?

2. Why was tax-payers money used to support these services given the many breaches of Tusla regulations?

3. Why did staff not object to these regulatory breaches and collectively question and object to inappropriate provision and practice within the settings?

4. Did staff not know what regulatory breaches of legislation were?

5. If staff were not familiar with the legislation, then what kind of training did they have and who provided it?

6. Where was the loving attentive care that at the very least all staff need to be able to provide regardless of qualifications?

7. Where was the courage and willingness to challenge bad practice and abuse?

8. Did parents ask the hard questions of the service at enrolment time? 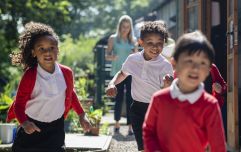 "I got a letter and it was very distressing": Parents speak out against Tusla absence reports

END_OF_DOCUMENT_TOKEN_TO_BE_REPLACED

9. Did parents familiarise themselves continuously with how the services operated?

10. Do parents understand what high quality services should look like and if not why not?

11. What is the Government and society doing to secure and ensure the quality of all services for all children?

12. Finally when will it be a Government, parental, societal requirement that all services are of a high quality standard for all children?”

RTÉ noted in the programme that its researchers also saw many instances of good practice and kindness to the children. Upon resigning from their posts, the undercover researchers reported what they had seen to Tusla and to Dublin Fire Brigade. It is not known whether other members of staff, past or present, or parents made similar reports.

In her statement, the NCN’s CEO Denise McCormilla said that all parties involved in childcare should be alarmed by what they had seen.

"This programme is a wake up call for everyone – politicians of all parties and none, policy, makers and influencers, service providers and staff, regulators, training agencies, membership based organisations and quality support agencies like NCN. The time to take stock is long overdue."

After the documentary aired last night, Brian Lee, Director of Quality Assurance at Tusla, said: "Every single registered service provider in Ireland has been inspected, and the majority of service providers are compliant with the majority of regulations. In 2018 Tusla carried out 2513 inspections, and reports are available on Tusla's website.

"However, in a small number of cases enforcement action is necessary and in those instances Tusla can and does take action, up to and including closing the service, and/or taking a criminal prosecution."

"If you feel that your concerns are not being listened to you can contact Tusla through their Unsolicited Information on 061 461700 / early.yearsui@tusla.ie"

popular
Kelly Clarkson admitted she spanks her children if they misbehave
Today FM's Paula MacSweeney welcomes baby boy
Hilary Swank, 48, reveals she is pregnant with twins
Kelly Osbourne responds to backlash over deciding not to breastfeed
Lush to open its biggest Irish store this winter
These baby girl names were used only five times last year
It looks like Ireland could get a white Christmas this December
You may also like
1 year ago
Tusla's new campaign seeks carers for children needing international protection
1 year ago
Using a childminder? You might be entitled to a new subsidy.
2 years ago
The number of reports of child abuse in Ireland has reached its highest level in a year
2 years ago
Tusla issue parents of more than 200 children with legal proceedings over school attendance
3 years ago
Minster Zappone announces new action plan to make childcare affordable
3 years ago
Tusla reports 35 percent increase in children seriously injured while in childcare services
Next Page