Molly Russell, 14 took her own life in 2017 after viewing disturbing content about suicide on social media.

The UK could look at legislating against social media if platforms do not censor disturbing content.

The Minister for Health, Matt Hancock is pushing for images of self-harm and those that glamourise suicide to be removed from social media sites. Mr Hancock wishes to work together with social media companies, but said that if steps are not taken he believes the government should pursue legal action:

"If we think they need to do things they are refusing to do, then we can and we must legislate."

The issue has come to light following the death of 14-year-old Molly Russell, who took her own life in 2017. Her father has criticised platforms like Instagram and Pinterest for their detrimental effect on his daughter's mental health telling the BBC: 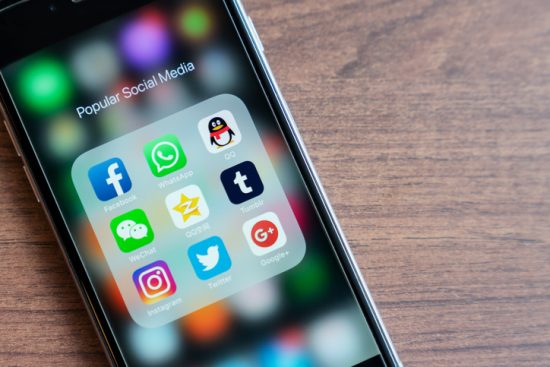 Instagram responded by saying it works with expert groups who advise them on the "complex and nuanced" issues of mental health and self-harm.

Based on the advice that shared experiences and connecting with others could be helpful for recovery, Instagram said, they "don't remove certain content".

The platform said they offer "support messaging that directs them to groups that can help" but said they will be reviewing their policies.

"We have a policy against harmful content and take numerous proactive measures to try to prevent it from coming and spreading on our platform.

"But we know we can do more, which is why we've been working to update our self-harm policy and enforcement guidelines over the last few months."

Tragically, Molly's case is not a unique one. Papyrus, a charity that works to prevent youth suicide, said it has been contacted by around 30 families in the past week who believe social media had a part to play in their children's suicides.

"Depression is an isolating thing, and the internet becomes company."

30 families have approached a charity saying social media played a role in their children's suicide.

Molly Russell's father is one of them, read Molly's story here: https://t.co/iH5dGf46Ku pic.twitter.com/FAyDbsokNM

Molly's family were unaware of any mental illness prior to her death but afterwards saw that she had been looking at content on social media linked to anxiety, depression, self-harm and suicide.


popular
Expectant mum says MIL wants her to 'hold off' giving birth until her renovations are done and what?
Ryanair passenger refuses to swap seats with mum and baby- was she wrong?
New mum devastated that her mother-in-law held her baby before she got to
Mum reveals why you should never let your child sit on your lap on a slide
Rebekah Vardy storms out of court just 30 minutes into final day
Ed Sheeran and his wife Cherry welcome their second child together
People traveling to Spain warned about "unusual" heatwave
You may also like
1 hour ago
Ed Sheeran and his wife Cherry welcome their second child together
13 hours ago
Rihanna has reportedly given birth to her first child
14 hours ago
Over 4,500 parents demand tech companies to prioritise online safety for kids
14 hours ago
Gardaí investigating alleged assault on teenage girl in Dublin
14 hours ago
Things to do in Donegal: Everything that will make this the perfect family holiday
15 hours ago
Experts investigating unknown hepatitis strain rule out link to dogs
Next Page