He wasn't missing his weekly walk down the middle aisle.

Irish dads are absolutely gas and this dad is no exception.

This week a young Irish woman posted to TikTok about her father's very Irish dad request and we are in absolute stitches.

In the viral TikTok video (which I'll link here) Philippa Cahill explains that her dad is currently self isolating because he is waiting on Covid test results.

According to Cahill, within the first day of being in self isolation her dad got in touch with her and asked for a small favour.

What was the favour?

To film herself walking down the middle aisle of Aldi of course;

"The one thing that he asked me to do he was like 'Philippa will you do me a small favour and go to Aldi and go to the middle aisle and just video everything in the aisle?

Just walk through it really slowly and video it and send it that video to me so I can watch it and pretend that I'm there.'" 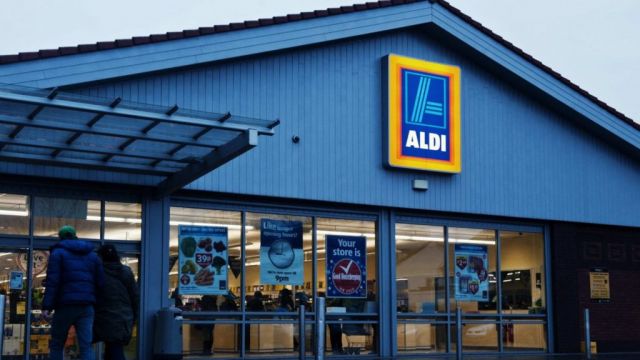 She went on to say that he was only in isolation for less than 24 hours at that stage but he still really needed an Aldi middle aisle fix badly;

In fairness to her dad I don't think there's anything quite like the middle aisle of Aldi, it's an experience and a half.

What will you pick up? A wheelbarrow? A tea pot shaped like an owl? Who knows?

Honestly though, his request has to be one of the purest things that I've heard in a long time and I hope he really enjoyed his Aldi video and that he can be reunited with his beloved middle aisle soon.


popular
Ed Sheeran and his wife Cherry welcome their second child together
Expectant mum says MIL wants her to 'hold off' giving birth until her renovations are done and what?
Mum reveals why you should never let your child sit on your lap on a slide
New mum devastated that her mother-in-law held her baby before she got to
Ryanair passenger refuses to swap seats with mum and baby- was she wrong?
People traveling to Spain warned about "unusual" heatwave
Rebekah Vardy storms out of court just 30 minutes into final day
You may also like
2 weeks ago
New mum says her child won't eat from a kids menu and parents have a LOT to say
2 months ago
10 Paddy's Day memories you'll have if you were an 80s child
4 months ago
The year my doll vomited all over the church during Christmas Day Mass
4 months ago
'Dashing through Tesco...' : Mum rewrites Jingle Bells and we can relate
6 months ago
Musings: When it comes to 'poosplosions' it's best to throw the whole child out
7 months ago
Think you're having a bad day? : Mom accidentally names baby 'Lasagna'
Next Page