Viral photo shows what happens when 'vaccination isn't an option'

A viral photo has shown what happened when "vaccination wasn't an option."

The haunting photo was shared on Reddit by user 'JouwPF.'

It shows a grave marking for five children from the same family, all of whom passed away young in the same month in 1903.

The children - Marie, Holger, Anna, Klara, and Larsen - were between the ages of one and 15.

This is what happened when vaccination wasn't an option. from pics

It is believed that the children died from diphtheria, an airborne infection that affects the lungs and heart.

The comments beneath the photos also shed some light on what life might have been like for families during this time.

One user said that the phrase "You aren't really a mother until you've lost a child" was commonly used.

"If you do genealogy, you know that the 1900 and 1910 U.S. censuses had columns for Children Born & Children Living.

"I've visited several of my ancestors' burial plots that seemed filled with small children - especially around the dates of yellow fever epidemics.

"I know of a couple of cases where their burial records showed three or four family members being interred within a couple of weeks." 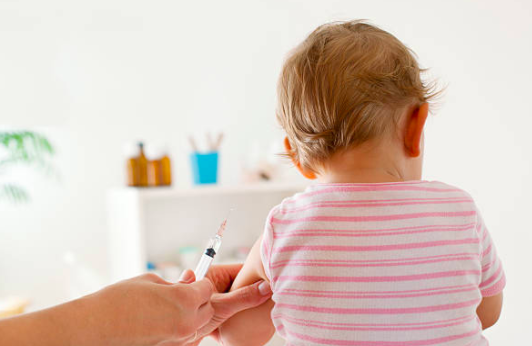 Another told the story of their dad who studies genealogy.

"One that he has talked about that stuck with him was a row of I think 8 children who had died young, and sometimes only lived a few days.

"The last child on their headstone had etched 'Oh what dreams lay buried here.' I think that family last every child they had.

"It chokes me and my dad up every time we think about it."

Rates of immunisation in Ireland have remained high, with more children than ever being vaccinated in 2016.

popular
Bride asks for divorce day after wedding following groom's disrespectful cake stunt
Entrepreneur schoolboy has made £1,000 from selling sweets
Police believe they know what happened to missing dog walker Nicola Bulley
Dad admits he hates his daughter's name so much it makes him uncomfortable
Going on solo holidays is good for mothers, science says
Molly-Mae's nursery leads to spike in demands for replicas
Couple decide to live on cruise ship permanently after finding it's cheaper than paying mortgage
You may also like
1 week ago
Not every parent will agree with this mum's stomach bug hack
3 weeks ago
This clever hack could help keep your toddler awake in the car
1 month ago
Little girl heartbroken after only two people show up at her birthday for odd reason
4 months ago
Mum shares important warning after almost losing her newborn to a kiss
4 months ago
'Don't do it if you are a parent' – paediatrician warns against viral organising hack
4 months ago
Should older kids have to babysit younger siblings? One mum weighs in
Next Page