The one-year-old and her parents were taking photos for the little girl's first birthday in a public green area in Texas when the altercation occurred.

A woman, identified as Franci Neely, verbally and physically attacks the family because she feels they are blocking the pathway.

Kelyn and Isaiah Allen had set up a couple of props for their daughter Anja's first birthday photo including a balloon and a fluffy blanket.

Ms Neely, who was walking her dog at the time, confronted the couple for using the sidewalk for their shoot.

Things quickly escalated when Ms Neely began to remove the family's belongings from the path and then tried to slap Isaiah when he recorded her strange outburst. 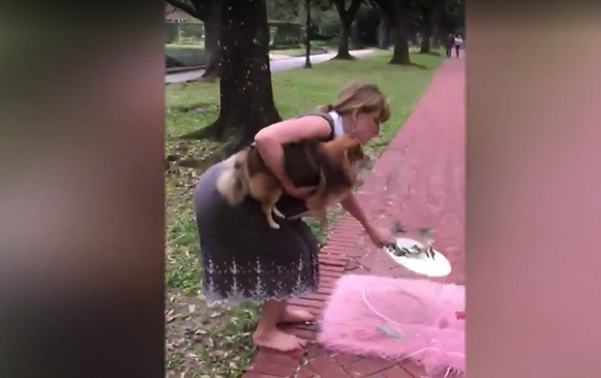 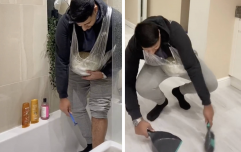 END_OF_DOCUMENT_TOKEN_TO_BE_REPLACED

The video, which you can view here, shows Ms Neely attempting to remove the family and their props from the pathway.

The couple and their baby were extremely upset after the incident and later filed a police report against Ms Neely.

According to other families living in the neighbourhood this is not the first time that Ms Neely accosted people for taking photos in the public space.


popular
Whether you’ve got a baby on the way or have an army of your own, the Lidl Big Baby Event is here to help
I don't care what people think, I'm not letting my son go into a public toilet alone
Nick Jonas and Priyanka Chopra welcome their first child
Special mass to be held for Urantsetseg Tserendorj's anniversary
Irish mum thanks Aldi staff for protecting her autistic child from aggressive man
Majority of Covid restrictions to be lifted at 6am – here's what little will remain
Expert says Cocomelon acts "as a drug" to kids' brains
You may also like
6 days ago
Not every parent will agree with this mum's stomach bug hack
1 week ago
Baby Shark becomes first video ever to hit 10 billion views on YouTube
1 week ago
Representation matters: Toddler delighted by Disney character who looks like him
1 week ago
"I sit in her bedroom when she’s not with me" – the raw truth about co-parenting
1 week ago
A woman has gotten legally married to the colour pink – yes, really
1 week ago
My brother's 'trashy' pregnancy announcement ruined Christmas
Next Page