Junior and senior infant students, as well as those in 1st and 2nd class of primary school and leaving cert students are all due to get back into their classrooms tomorrow, March 1st.

However, the Irish National Teacher's Organisation (INTO) has said the further phased reopening of schools may not go ahead if the return to classrooms for the younger kids and leaving cert students prompts a spike in Covid-19 cases.

The return of the remaining class groups are meant to take place on March 15th and after the Easter break, however, NTO's general secretary, John Boyle has warned this could all be halted if weekly reports suggest the return to school for the first group of kids and students has caused a spike in the number of virus cases.

According to Breakingnews.ie, Mr Boyle said a report on case numbers in schools will be received by the union early next week, following the return of special education students to in-person classes earlier this month.

"We will be getting a report from the special classes on Tuesday and that's why we are not definite that schools will reopen on [March] 15th, because it will depend on a lot of things," Mr Boyle said. 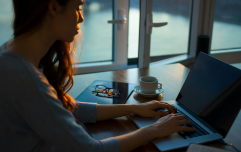 END_OF_DOCUMENT_TOKEN_TO_BE_REPLACED

"We will be getting those reports every Monday or Tuesday and if the numbers are spiking in the schools, well obviously the next half of reopening won't happen," he added.


popular
Six stillbirths linked to Covid-19 in Irish hospitals
Lidl's hanging egg chair is coming back to stores this month
These 5 Foods Could Increase Your Chances of Having Twins
Princess Charlotte doesn't have to bow to the Queen but Prince George does - here's why
Looking for pain relief for you and your children? We've got just the answer
20 Unisex Irish Baby Names That Are Absolutely Magical
Can you pronouce these 7 'unique' baby names? They're trickier than you think
You may also like
4 days ago
More languages could soon be added to the primary school curriculum in Ireland
6 days ago
Head of OECD critical of Ireland's handling of school closures, especially for vulnerable pupils
2 weeks ago
SuperValu & AsIAm launch “Say yes to autism acceptance” campaign
2 weeks ago
Same-sex Cork couple become Ireland's first to be recognised as co-parents of their children from birth
2 weeks ago
Over 11,000 children have been waiting at least a year for first assessment with an occupational therapist
3 weeks ago
Students and teachers will not be wearing masks during oral exams, confirms official guidelines
Next Page