"The health of their children could be put at risk by these slimes."

Parents are being warned over potentially toxic levels of chemicals in kids' slime.

UK consumer group Which? tested 11 slime products that are available to buy and found that eight of them had above the recommended levels of boron, reports BBC News.

Boron is found in borax, an ingredient in slime that helps to make it sticky.

The EU 's safety limit for boron is 300mg per kilogram but some of the slimes were found to contain four times as much.

Excessive levels of boron can cause symptoms like vomiting, diarrhoea and stomach cramps. 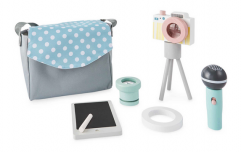 END_OF_DOCUMENT_TOKEN_TO_BE_REPLACED

Which? has passed its findings on to the Office for Product Safety and Standards and called on manufacturers, retailers and government to take responsibility for the sale of safe slimes.

"Parents buying slime for their children should have peace of mind that these toys are safe, so they will be shocked to find that the health of their children could be put at risk by these slimes," said Which? director of research Nikki Stopford.

"There must be fundamental changes to the product safety system.

"Manufacturers must stop making unsafe products and the government and retailers simply have to do a far better job of getting anything identified as a risk off the shelves and out of people's homes".


popular
"I tried to bring her back": Santina Cawley's mother speaks out about daughter's murder
Expert says Cocomelon acts "as a drug" to kids' brains
The results are in: The Irish baby names that will be most popular in 2022
Karen Harrington found guilty of murdering toddler Santina Cawley
Coleen Rooney's fake Instagram stories shared for the first time in court
Saoirse Ruane's mum gives update after her daughter's surgery
The rumours continue: Victoria and David Beckham 'are secretly separated'
You may also like
2 weeks ago
Another way your child can use those 'ball pit' balls that are all over the house
4 months ago
Mum horrified after finding a knife inside the box of a doll she was buying for her daughter
4 months ago
Mum reveals genius tip for making Barbie dolls' hair smooth again
5 months ago
US stores pull musical toddler toy after discovering it plays song about cocaine use
6 months ago
Heads up: Aldi has a gorgeous toy collection coming this month
7 months ago
The 10 Toys Amazon Predicts will be trending for Christmas 2021
Next Page