Possibly the worst thing that could happen on your wedding day.

We came across this Reddit post earlier today and honestly can't stop thinking about it. The post was shared by a wedding planner and it's the most gruesome thing you will read today.

The post begins with the planner saying that from the start the wedding was a bit of a disaster. The woman getting married was very wealthy and a bit of a "bridezilla." She wanted to get married in a barn that had no running water or electricity.

The real problem began when she looked over just before dinner began and saw "the most curious blend of expressions pass over the bride's face."

She continued: "A few moments later, my headset beeped on, and my assistant said 'we have an issue'. It turns out that the bride had gambled on a fart and lost in a big way."

The bride had a huge ballgown and needed help to go to the toilet as she couldn't lift the dress by herself. To make matters worse, the only available toilet option was a portaloo.

The bride was also wearing a fitted "shaper garment" which was tied closely to her body.

You might think that that's the worst part of the story, but it goes on. Everything was delayed by 15 minutes, however as 20 minutes rolled on, the planner got another message to her headset -  "The previous issue is more than we anticipated."

She ran over to her assistant looking "horrified." It turned out that the bride had been using health shakes last minute in order to stop bloating. 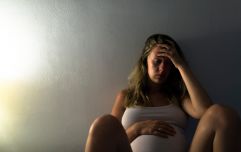 END_OF_DOCUMENT_TOKEN_TO_BE_REPLACED

"This had mixed poorly with the cocktails from earlier, and she had eaten a fairly decent breakfast," the planner said.

They tried to clean it up but nothing worked. The wedding planner had a "shell shocked assistant and a crying bride" by her side.

You would honestly think that was bad enough, but no - there's more. As the bride had organised a choreographed dance routine with her husband, she insisted the show must go on.

The assistant tried to wipe ~*everything*~ off the bride - with not much effect - and the dress was slipped back on to her.

"The dance was a choreographed affair, and as the groom spun his bride around, hand on her waist, he is squishing the poo up the insides of the waist trainer, up and out the back waistband.

"Action had to be taken," she wrote. "As they left the dance floor, I had someone rush wet [wipes] to the groom and to bring me the bride. The support tent was closed down for me, and I pulled a tub of clean water from the caterers.

"She walked in to find me in dish gloves and a poncho, like American Psycho. [In] five minutes, I was sponging down a sobbing, naked bride, while I questioned every life decision".

The wedding planner said that with the bride finally clean, she threw away the waist shaper, scrubbed the £12,000 (€13,000) wedding dress and cut out the inner lining.

Without a doubt, the most dramatic wedding story you'll hear for a long time...

popular
"My heart sank": Tubridy hit with backlash over Toy Show remark
Woman gives birth to baby boy and girl less than 12 months apart
Parents told to stop buying selection boxes for kids- here's why
Having an Elf on the Shelf can actually be bad for your kids
"Losing a baby is the ultimate loss, but to watch on over a video call is soul destroying"
Third child dies from scarlet fever in UK- here are the symptoms to look out for
Mysterious clumps in Christmas tree should be removed immediately
You may also like
3 weeks ago
People are shocked after discovering what the HP stands for on HP sauce
1 month ago
I kicked my daughter's friend out of her birthday party- was I wrong?
2 months ago
Is it wrong to let my toddler play in the garden on her own? My neighbour says it is neglect
3 months ago
Why do I have to invite all of my child's classmates to their birthday?
3 months ago
Parents shocked over their daughter's demanding tooth fairy letter
4 months ago
I stole my friend's baby's name and now she won't talk to me. Am I wrong?
Next Page